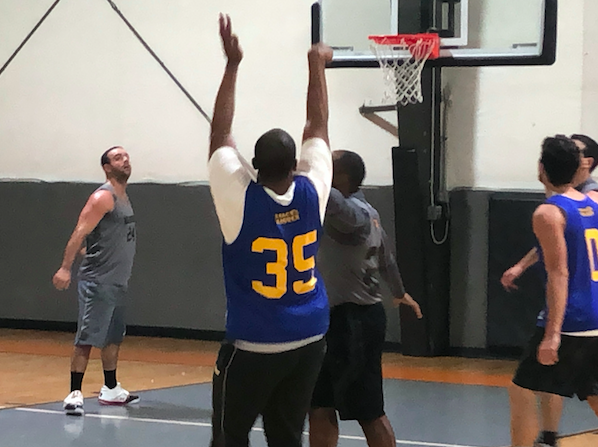 Run TMC and NickStrong each opened up their Winter 2019 campaigns with a great battle to cap off Week 1. Both teams went back and forth the entire game with Run TMC using a 8-0 run to open the third quarter and a 6-2 run to end the 4th quarter to seal the victory.

Cody Dileonardo, who had 15 points on 7-13 from the field, credited his team for hanging in despite only having one substitution.

“We were missing a few key players tonight,” Dileonardo said. “They had more players than us and tried to tire us out and we just had to grind it out and get the win.”

Dileonardo also added that the regular season is all about Run TMC fine-tuning for the playoffs.

In the loss, NickStrong showed a valiant effort that will only translate to future wins as the season goes along. The team was 0-12 from the free throw line and that’s something that they are going to have to fix going into next week’s match-up against The Chasers, who cruised to victory tonight.

NickStrong had three players, Anthony Vessicchio, Michael Vessicchio, and Nick Durso in double-digits, but were unable to pull out the victory.