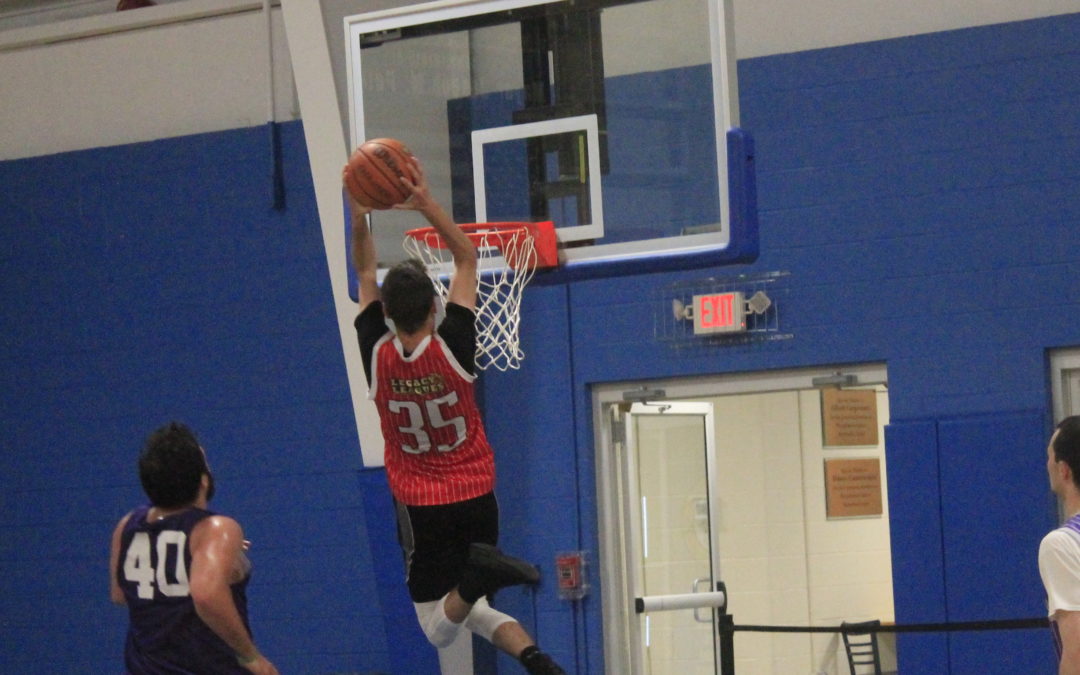 It was a gritty and physical game between the Dujes Boys and Halfway Crooks; ending in a go ahead three-pointer by Shaine Patrick to lead the Dujes Boys to victory, 79-78.

This game went back and forth throughout. Each team answering their opponents buckets. For the Dujes Boys, it was the tandem of Zach Tartaglia and John Coutu that gave them surges of offense and fast pace ball movement in transition. Coutu persistently got to the rim with his dribble drive- by which opened up other options for his team.

For the Halfway Crooks, it was Kevin McCartny who got into the paid and bullied his way in the post. Their offense ran as a slow half-court set and did not look to push the tempo as much as the Dujes Boys did.

What kickstarted the Duje’s Boys transition offense was their aggressive defense on the low block. With Shaine Patrick as their voice, the Dujes Boys were shot-blocking and moving in transition fluently.

“Loud and physical, that’s me 24/7,” Patrick said. “I’m glad I can bring these guys the energy they were looking for last year.” He definitely was a spark that helped them each time he was on the floor; giving life and a boost of momentum.

Yet, it wasn’t Patrick’s defense or trash-talk that gave them the victory; but his jump-shot. With under 20 seconds remaining and down two, Patrick motioned to the top of the arc and swished a 3-pointer to give them the lead. The Halfway Crooks had a chance to win it but Greg Bell was blocked by John Coutu in the last seconds.

With physical defense and quick offense moving rim-to-rim, it was a game to remember for the Dujes Boys.