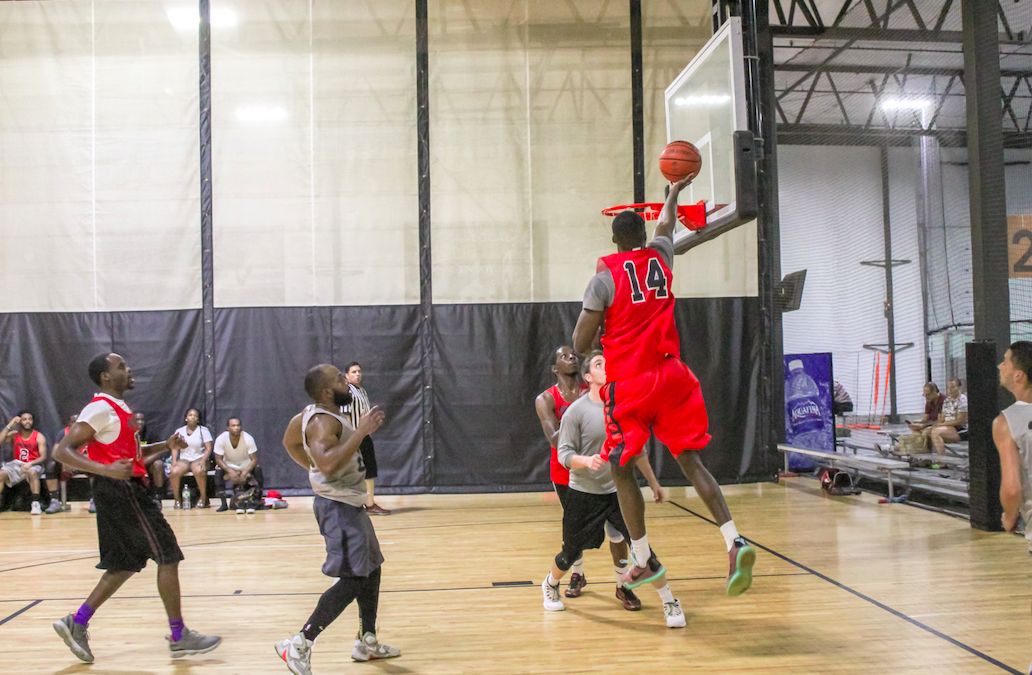 The Game of the Week certainly lived up to expectations as a late run by the Rim Breakers helped them edge out a resilient Nickstrong team, 78-73.

Both teams came ready to play for the Week 8 Game of the Week matchup. With playoffs nearing, both teams were searching for an important win over another top ranked team. Thanks to a strong fourth quarter from the Rim Breakers, they were able to continue their winning ways by securing the victory in the late stages of the contest.

With the game moving at a fast tempo, especially in the early going, both teams defenses looked shaky at best. Nickstrong was able to drop 28 points in the 1st Quarter, as it felt like they couldn’t miss. However, as the Rim Breakers climbed back into the game, their defense picked up and generated key stops that helped make the difference at the end of the game.

“We just started playing defense,” Carl Fairfax said. ” We were messing around in the first half of the game, but after that we stepped up, played as a team, and realized were the best out here.”

With their backs against the wall, the Rim-Breakers found themselves in a familiar situation, down double-digits late in the third quarter. Accustomed to playing from behind, the Rim Breaker’s once again showed why they are one of the best fourth quarter teams in the league, dominating the final period 31-12.

As for Nickstrong, they fell to 5-3 in the loss. However, this was a great opportunity for Nickstrong to show that they can contend with the elite teams in the league. They took a one-loss Rim Breaker team down to the wire on Monday Night, showing that they should not to be forgotten about by the rest of the league.

Ryan Florentine had an impressive 26 points and 12 rebounds, while Michael Vessicchio added 25 points of his own. Nickstrong looks to bounce back in Week 9 when they take on The Throne (5-3) in a game that could have serious implications in terms of playoff seeding.

The Rim Breakers look to keep things going the way they are, when they take on the Head Hunchos (2-6) in their season finale next week. The Rim Breakers have a chip on their shoulder, and want to be recognized as a top team in the league heading into the postseason.

“Y’all give us some respect and give us our number one ranking, that’s all I want,” the Rim Breaker’s Carl Fairfax said.