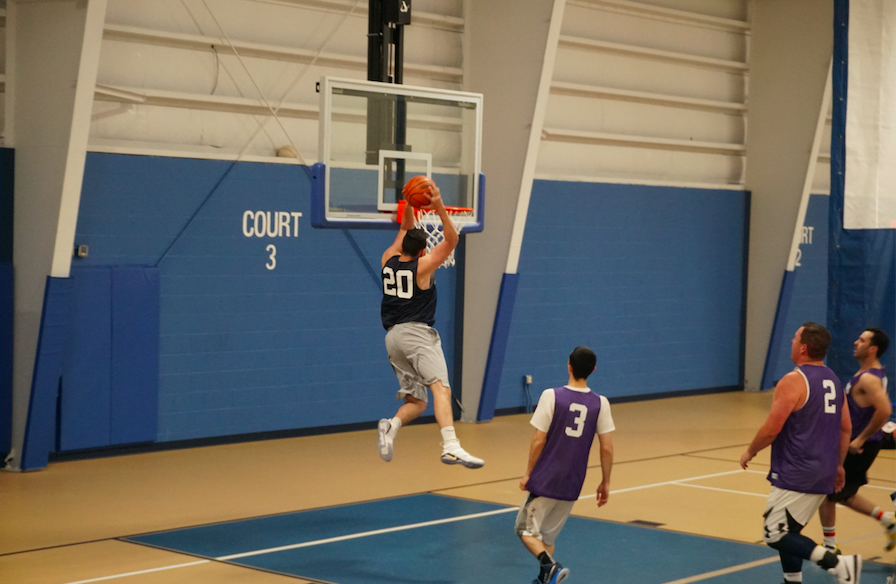 Time is something everyone wishes they had more of, and The Halfway Crooks were thinking just that on Tuesday night. Despite being down 20 with less than ten minutes to play, they chewed back into The Werewolves’ lead bit by bit, and found themselves down three with the last shot.

Unfortunately, Brian Heston rejected a corner three, and the following shot to tie the game found nothing but air as the final buzzer rang. In the end, The Werewolves were victorious, 59-56, winning their second of five matchups against The Halfway Crooks over the past three seasons.

After scoring six points in each of the second and third quarters, The Halfway Crooks struck for 30 points in the fourth. Newcomer John Slein led the team in scoring with 17 points while pulling down seven boards. Jared Hanson and Joey Zocco scored 14 and 11, respectively, with Zocco making 3-of-8 attempts from deep (37.5 percent).

Despite the impressive final drive, The Werewolves were able to improve to 2-1 on the year behind efficient scoring and ball movement. Although they were victorious, Coach Nick Costakos called the win too close for comfort, and was less than pleased after the game.

“We tend to do this a lot,” Costakos said. “We end up blowing the game or fooling around. We played a great game until the last seven minutes.”

Gino Forte and Brian Heston were once again the scoring leaders for The Werewolves. Forte was the game’s leading-scorer with 27 points while going 6-of-12 from deep. Heston put up 18 points and pulled down nine rebounds, but perhaps most impressive were his five blocks.

The Werewolves can’t afford to slack off against their next opponent, as they face Boom-Shakalaka next week, one of the two remaining undefeated teams.

“This isn’t going to cut it against a team like Boom-Shakalaka, or Lob City,” Forte said. “We need to finish with the same intensity that we started with. We can’t make any mistakes, we have to limit our turnovers, and I think we can put up a pretty good fight.”

Next week, The Werewolves look to put the first blemish on Boom-Shakalaka’s record, welcoming former Prestige Worldwide big man Shaine Patrick to the squad. Patrick was an All-Star last season and was the co-leader in blocks, with his new teammate Heston.

“Adding him as another big guy is great,” Costakos said. “He’s definitely a big addition, we need to get some chemistry going and I think it will be good. He’s another shot-maker too. I think we’ll be able to give (Boom-Shakalaka) a run for their money.”