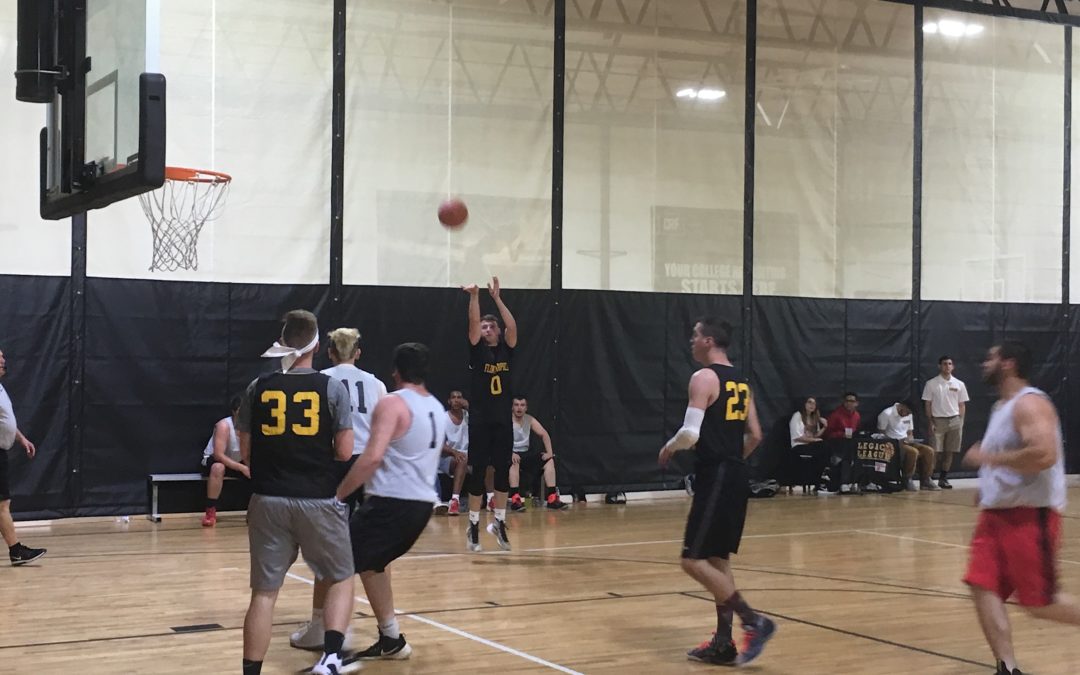 The second summer season in Legacy Leagues history is underway! We saw a lot of blowouts in Week 1, but also some very surprising games that came down to the final moments.

Check out this week’s “Around the Arc” episode, where the analysts and myself go over the most impressive games, teams and players from Week 1:

Here are five things you need to know about this week’s action:

1. The Brotherhood is back…and they should have lost

After a nearly six-month hiatus from the league, The Brotherhood is back. Their championship win over No Limit on Dec. 16 during the Winter 16 season clinched not only a second championship in as many seasons, but another undefeated campaign. Putting their franchise 24-0 record on the line Monday night, they came moments away from surrendering a stunning loss in the first week of the season.

With the help of Mike Davis, a two-time Defensive Player of the Year and the Summer 16 MVP, the Brotherhood cut the lead to single-digits by the end of the third quarter before extending the game with fouls to miraculously send the game to overtime. Sensual Chocolate led by as many as 14 points and were up eight points with under three minutes to play. The Brotherhood clawed back to outlast their opponent in overtime, giving a bitter taste to Sensual Chocolate. The Brotherhood came closer to losing than ever before, but the road to a third title doesn’t get any easier. Every team wants to hand The Brotherhood their first ever loss and now they know it can almost be done.

2. The defending champs were almost dethroned by The Throne

After an impressive championship run as a five-seed in the Winter 17 playoffs, the Monstars are back to defend their title with a little bit different roster. Instead of Mike Cody, the Winter 17 Finals MVP who was not present in Week 1, his younger brother Brett Cody played and played well. Brett played alongside Mike last summer as teammates on The Land. Even with a different roster, the Monstars were expected to come out during Week 1 with an impressive victory, especially after a 10-point lead over The Throne at halftime.

A pair of brother did take the floor for The Throne Monday night, helping to almost give the Monstars a surprising loss to start their title defense. Jacobson and Stenson, the Jean-Baptiste brothers, combined for 37 points, 10 rebounds and four assists. With two minutes left in the game, The Throne were up two points, completely erasing the halftime deficit.

But in the end the Monstars flexed their experience in the league to come out unscathed. Reggie Stewart, who holds the league record with most points in a playoff game (50), scored 27 points and grabbed 13 rebounds for his first double-double of the season. Greg Langston, a new member to the Monstars, added 24 points of his own. The defending champions were rusty, but don’t be mistaken, the Monstars are built to make another playoff run at the end of the season.

3. The Flint Tropics are the standout team that’s new to the league

Last season, it was Redemption and The Firm who came onto the scene in their team’s inceptions to take the league by storm. Redemption finished the regular season ranked third in the league out of 16 teams and made it to the Winter 17 Finals before losing to the Monstars. The Firm earned the six-seed heading into the playoffs, but were upset in the first round.

This season, a new team has already emerged as one the the early favorites among the team’s playing in the league for the first time. The Flint Tropics, hailing from Wolcott, Connecticut, won their first matchup by 54 points over Fry Time. Although Fry Time doesn’t appear to be a strong team this season, a 50-plus point win isn’t something to overlook. Five players scored in double-figures, led by Tyler Japs’ 19 points on 8-of-14 shooting. Every player scored at least five points for Flint Tropics. Their quick-paced, athleticism-driven and team chemistry-oriented roster most closely resembles Lob 203 and it’s going to make for a fun season, even though the two won’t play each other during the regular season.

The Flint Tropics jumped out to a 17-2 lead at the end of the first quarter and never looked back. With management from their coach (yes, the Flint Tropics have an official coach), they never took their foot off the gas. They definitely have the ability to score, but with a tougher matchup against Sensual Chocolate next week, we’ll see how their defense holds up playing against one of, if not the toughest player to defend in the league in Carmine Santorelli. It could be a statement win to back up their blowout in Week 1.

After an early quarterfinals exit in the Winter ’17 Playoffs, No Limit is back, but without the All-Star Game MVP John Rullan, who left this season to join forces with the team that sent No Limit home packing in the playoffs: Run TMC. Even without Kevin Durant Rullan, No Limit came out and made a statement against Goon Squad, a solid team that’s back for their third straight season, beating them by 35 points.

Without Rullan, who shot 38 percent from 3-point range last season, Howie Miller will have to be even better than he already was from beyond the arc…and that’s just what he did on Monday night. Miller made a league-high seven 3-pointers in Week 1, helping pick up the slack from their former teammate. In addition to Miller’s 25-point performance, two new pick-ups helped No Limit start the season 1-0. Former Red-emption player and Winter 17 MVP Jalen Graham joined No Limit to score 26 points, while recording five rebounds and seven assists. Rashawn Hendricks, also new to the team, put up one of the more impressive stat lines this week across the league. Although he only scored nine points, he recorded six rebounds, seven steals and nine assists.

No Limit faces Sometimes Y next week, a team that’s already lost by 50 points, so needless to say they’ll have a favorable matchup on Monday. It’s hard to pinpoint a lone frontrunner after just one week of action, but with the current roster they have, along with a Week 1 win against a normally solid team in the league, No Limit looks like they’re going to be tough to beat again during the regular season.

Stranger Danger coined the name “The Intern Team” in the winter since three of their players were former analysts from the Fall ’16 season. The team’s 3-6 record was unsurprising, even with Steven Echols on the roster. Stranger Danger’s season-defining moment, which definitely came as a surprise to the league (and maybe even themselves) came during the playoffs. As the 13-seed, Stranger Danger upset the fourth-seeded Temptations in the first round of the playoffs. The Temptations, led by Carmine Santorelli, were one of the favorites to make a run to the finals.

In the winter, Echols led Stranger Danger in points nearly every game and he was easily the team’s best player. The reason they should be taken more seriously this season is clear: Echols may not be the best player on the team anymore. A new addition to the team, Zacarri Graham, shined in his Legacy Legaues debut Monday night. He scored 20 points, was one rebound shy of a double-double and also recorded four blocks and steals. Now that Stranger Danger has a pair of scoring threats, they could definitely pull off an upset or two in the regular season, instead of waiting until the postseason.