The regular season is already one-third over after this past week. Check out our third installment of Around the Arc, where I ask the guys their most impressive team, player and game from Week 3:

Here are five thing you need to know about action from Week 3:

1. Sensual Chocolate finally earned their first win of the season

With just 10 minutes left in their season opener against The Brotherhood, it appeared Sensual Chocolate found the recipe to beat the two-time undefeated champions. At that moment, it looked like a 2-0 start would be in their future. All they had to do was not blow a double-digit fourth quarter lead and then beat the Flint Tropics, an impressive, yet unproven team at the time in Week 2. But after The Brotherhood found a way to remain unbeaten in Legacy Leagues history and then the Flint Tropics earned a statement win against them, Sensual Chocolate was in an 0-2 whole heading into a Week 3 matchup against an experienced Sportslook team.

Even without Aaron Samuel, Sensual Chocolate was able to outlast Sportslook in a game that came down to a defensive stop as the clock ran out of time. Carmine Santorelli, whose numbers through two weeks haven’t reflected what he’s produced in the past, avenged last week’s seven-point performance with 38 points on 15-of-20 shooting. He grabbed six rebounds and recorded seven assists, additional stats to reveal the Carmine Santorelli we’ve been so accustomed to seeing.

Heading into the season, Sensual Chocolate’s roster had the pieces to contend for at least a top-seven finish in the standings. Sportslooks Bryan Acevedo scored 30 points on 2-of-13 shooting from beyond the arc, and if one of those 11 misses from deep finds the bottom of the net, Sensual Chocolate could be looking at an 0-3 start. But maybe, just maybe, this close win will spark more wins to come in the future to get their season back on track. They’ll face a tough defensive test next week in Lob 203.

2. The defending champions are the worst of the best despite dominant dunk displays

With all due respect to the defending champions, there are four remaining undefeated teams left and it’s quite possible they’re the weakest of the four. This isn’t to say they’re not a good team — because they are — but through the first three weeks, The Brotherhood, No Limit and the Flint Tropics are the superior 3-0 teams. 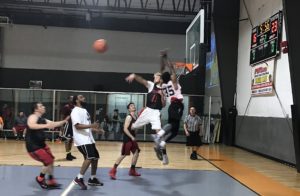 The Monstars have faced teams that are a combined 3-6 so far this season. This past week they beat 0-3 Fry Time and last week they beat the 1-2 Bad Boyz by 15. They blew a 12-point halftime lead in Week 1 and were down by two with two minutes left against The Throne, but pulled out a late victory. The Monstars came out very slow against Fry time and seemed to be fooling around against a team they assumed to be weak and then turned the game into a dunk contest later on. While their highlight packages of dunks have been impressive, I don’t think they’ve played impressive basketball just yet.

The Brotherhood is better than the Monstars when it comes to depth from their starters to their bench. Plus, they’re still undefeated in Legacy Leagues history. No Limit can potentially beat They Brotherhood; we’ll have to wait until Week 8 to see that epic clash. They, too, have incredible depth and have both returning and new-to-the-league players who can produce. No Limit survived a legitimate test this week against Team Moose, and therefore, both The Brotherhood and No Limit have earned their 3-0 status against better competition than the Monstars have. The Flint Tropics have what it takes to be a top-five seed heading into the playoffs. While the Monstars beat the Bad Boyz by 15, the Flint Tropics dismantled them by 31 points this week. They have nine players who show up weekly and none of them are serious liabilities on the court. They have the defense to lock up Reggie Stewart like they did to Carmine Santorelli and if you limit Reggie, you have a good chance at limiting the Monstars as a whole.

While the rims are lowered to 8.5 feet and a lot more scoring is done through fast-break dunks and contested layups, the teams who have made it far in the previous seasons’ playoffs typically rely on playing basketball the “normal” way. These teams still take advantage of dunking and getting to the rim, but also know that at the end of the day, it’s still basketball so you’ll find a lot of success through playing basketball as if it were your standard 10-foot basketball league. This means still being able to consistently knock down three pointers. But  Team Moose might prove to be an outlier this season.

Although they scored 100-plus points in Week 1, they’re not a flashy high-scoring team, which is usually something championship teams in this league are good at. But this won’t hold Team Moose back. They showed this week against No Limit — even though they lost — that they’re a team that can bully even the best teams in the paint both offensively and defensively. And because of this, Team Moose could potentially be the first of its kind if it goes on to win this year’s title. 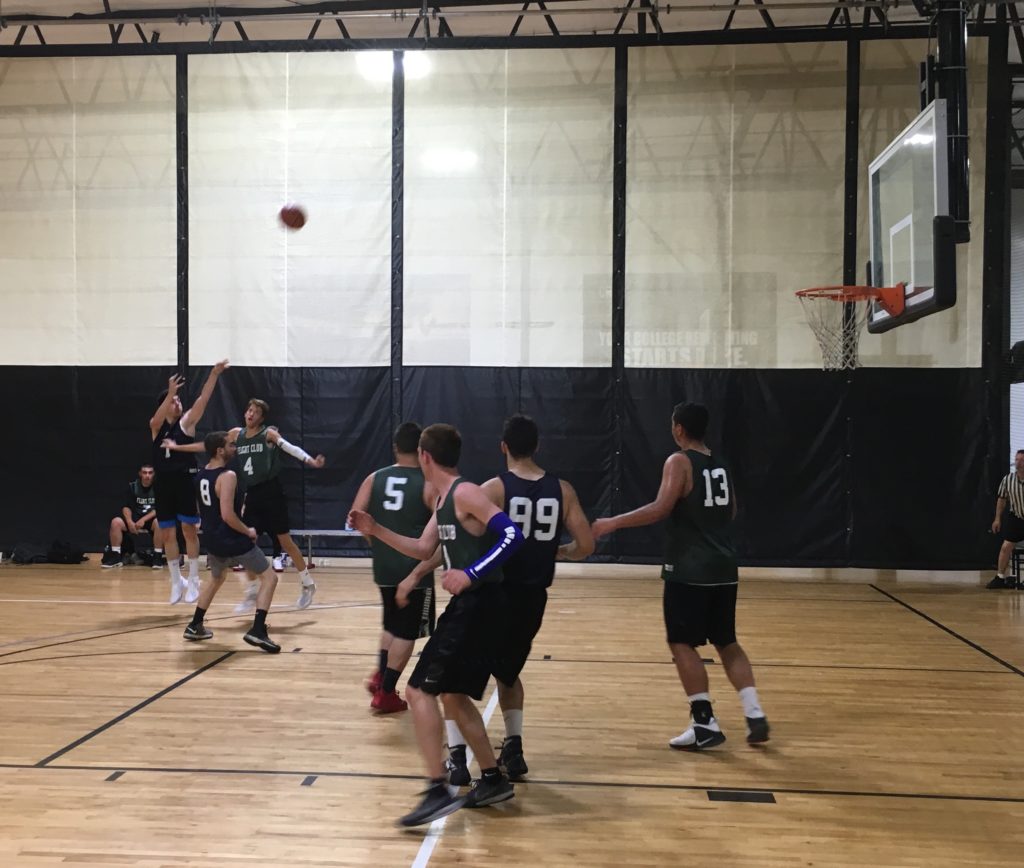 STP outscored Flight Club 25-8 in the second quarter, en route to a 31-point win in Week 3

4. STP showed the most improvement of any team in Week 3

When you’re a new team to the league and start off the season 0-2, people might write you off without a real chance to prove yourself. But STP’s 0-2 start came at the hands of two tough matchups to begin a franchise’s inaugural season. The played in Week 1 against Redemption, a team that played in the finals just two months ago, followed by Run TMC, who is playing in their fourth season, they shouldn’t be discounted just yet. This past week, STP beat another new team, Flight Club, 95-64.

STP only lost by 13 to Redemption and by single-digits to Run TMC, which really isn’t all that bad. It shows they’re not title contenders, but they could be a solid middle-of-the-pack team, nonetheless. This past week, they had five players finish in double figures, and Joe Capodaggle was one rebound shy of being the second teammate with a double-double. They don’t have one main scorer, as five of their players now average at least 10 points.

Even though they’re 1-2, I’ve seen enough to say that their next four games (Goon Squad, Double Dribblers, Fry Time, Untouchabulls) are all winnable games for them. Goon Squad will be the toughest of those tests, but that matchup could make for a great statement game for them. If they win out these next four games, you’re all of a sudden looking at a 5-2 team, before they play an even bigger matchup in Week 8 with Team Moose before closing out the regular season with Sportslook.

5. When scouting the five one-loss teams, don’t overlook The Throne

After three weeks, there are five one-loss teams: Team Moose, Redemption, Lob 203, Stranger Danger and The Throne. Team Moose and Redemption are probably the best two teams of these five. Then you have Lob 203, an experienced franchise that could be tougher to beat with a natural scorer like Eric Singleton. Even Stranger Danger, who has Zacarri Graham now alongside Steven Echols, is a competent team as long nobody calls timeout. But in the shadows of these experienced teams, The Throne is quietly putting together a good season so far.

With two minutes two go in their first game of the season, The Throne was up a basket on the defending champions. I’m not so sure that if that matchup were played again in Week 9, that the Throne would take another loss. They beat Stranger Danger by one thanks to a 41-point game from Joe Baccielo in Week 2 and even though they played a weaker team in Weak 3, they beat them by 34 without Baccielo on the court.

If The Throne cane get Baccielo back on the court alongside Jacobson Jean-Baptiste, Dashawn Moffat and Fred Milfort, The Throne can surely compete for a favorable seed heading into the playoff. The Throne has a relatively easy schedule through Week 8, with Lob 203 being their toughest matchup in the next five weeks, before they play The Brotherhood to round out the season. The Throne could be in great shape and riding a lot of momentum heading into the playoffs if their regulars stay consistent and if they get Baccielo back to more games.