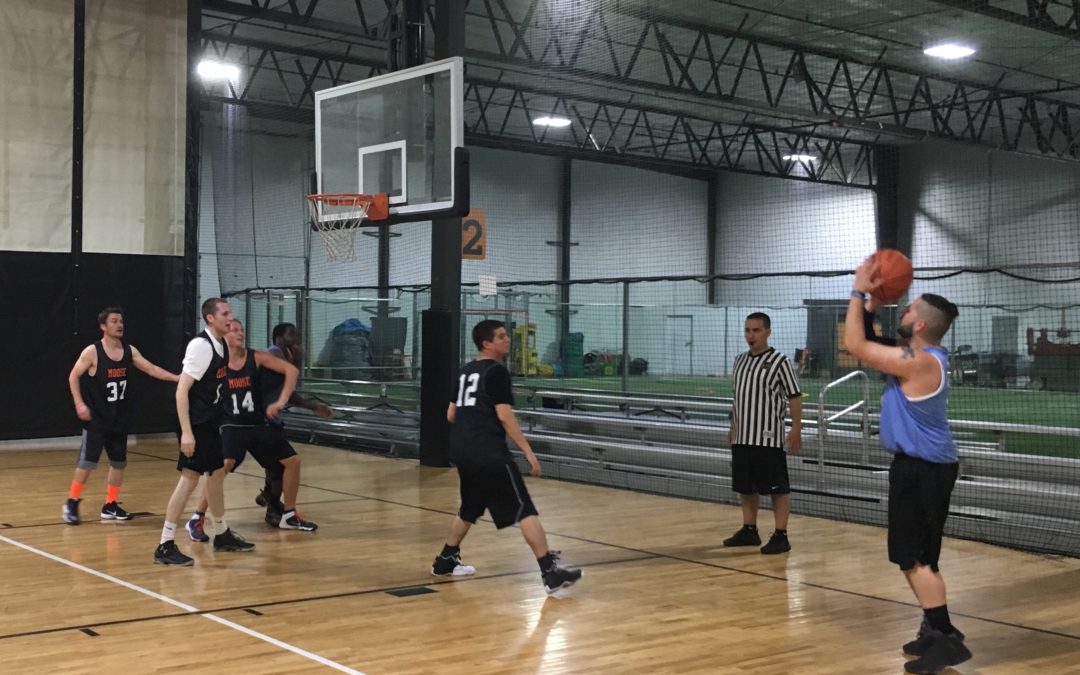 The Summer 17 season is now in full swing in and I’m back to bring you five big things you need to know about this past week while also looking ahead to the rest of the season. Here we go:

Yes, the Legacy Leagues is in only its fourth season now, but that still means hundreds of games have been played since its inception. So when two teams combine for less than 100 points, it has a chance to make history. The 90 points scored in Team Moose’s 49-41 win is tied for the third-lowest scoring game ever played in the league. With the lower rims, games usually feature high-scoring contests. To put things into perspective, No Limit scored 117 points this week, 27 points more than the total put up in this matchup. Last week, Team Moose scored over 100 points themselves and were held to under 50 this week.

This is now the fifth time a game has featured 90 points or less. In the first week of the Winter 17 season, Rum TMC beat the Renegades 55-35, and in the first week of the Summer 16 season, ZewCrew beat The Hateful 8 by an identical score. Besides those two contests, two teams combined for less than 90 points just twice in Legacy Leagues history, one of which involved the Lob 203 (and previously BS&B) franchise. In the first round of the Winter 16 playoffs, the No. 10-seeded Kekambas upset No. 7-seeded Blood, Sweat and Beers, 47-41, in a game between cross-town rivals. In Week 7 of the inaugural season, And-1 defeated The Hateful 8, 46-39, in a matchup between two-winless teams.

The Lob 203/BS&B franchise is notorious for conceding very few points. Here are some crazy numbers to emphasize this point. In their first season, BS&B allowed an average of 56 points per game. In the fall season, they allowed 59.4 points per game. When they made the switch from BS&B to Lob 203, they allowed 67.9 points per game in the Winter 17 season. A large spike? Sure, but this is arguably when the talent in the league significantly increased, as well. Now in two contests this season, Lob 203 has conceded just 51 and 49 points. This team may not be an offensive juggernaut, but will always be one of the toughest defenses to play against because of how low-scoring they can keep games to give their offense a chance to win every week.

2. The Fall 16 Offensive Player of the Year is back for the Brotherhood

Russ Payton is back, ladies and gentleman. If you’re relatively new to the league, you might not know a lot about him since he hasn’t played since the fall, but it won’t take long for you to figure out what this man can do on the court. After missing the Brotherhood’s Week 1 game against Sensual Chocolate, he only scored 12 points on 4-of-10 shooting in his season debut against Redemption. He added four rebounds, an assist and a steal in his team’s 79-57 victory to improve to 2-0. 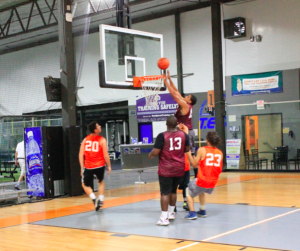 While his 12 points were the fifth-most on his own team this week, he won’t hide in the shadows of his teammates’ production for long. Remember, this a a guy who holds the Legacy Leagues record for most field goals in a games with 28. In Week 4 of the Fall 16 season, Payton scored 60 points on 28-of-33 shooting. He also had four rebounds, five assists and four steals in that same game. Don’t be surprised if he comes out next week and scores upwards of 30 or 40 points against a weaker team like Sometimes Y.

For a team that almost took their first loss in franchise history in Week 1, the Brotherhood will need Payton for games against tough competition. While many of his teammates played for different teams in the winter and lost games, Payton took the winter off and he, himself, is yet to lose a game in the league. So congrats to the Brotherhood; they now have an Offensive Player of the Year, a Finals MVP, a Legacy Leagues All-First Team and a two-time Player of the Week back in the maroon and white for hopefully the rest of the season. They’ll need him come playoff time.

3. The league witnessed a 40-point performance for the second-consecutive week

After Bad Boyz’ Destin Simmons scored 42 points in Week 1 against Flight Club in his Legacy Leagues debut, the Throne saw one of their own break out for 41 points in his first game in the league. After not playing in Week 1, Joe Baccielo scored 41 points on 16-of-31 shooting. He only made one three-pointer while making eight free throws, meaning he made 15 two-point field goals. Most of those came inside the paint. Thanks to the performance, the Throne was able to squeak by Stranger Danger with a 63-62 win.

The league has seen plenty of impressive individual performance in its three previous seasons, but the two 40-point games we’ve seen from players this season have stood out for one reason: the’ve accounted for an incredible percentage of the team’s total points. Last week, Simmons’ 42 points accounted for 62.7 percent of the 67 points for the Bad Boyz. Jaylon Eggleston scored the most points behind Simmons with 12 and only three other players on the team scored. For Baccielo, his 41 points composed 65 percent of The Throne’s 63 points.

To add some perspective to the percentages, let’s take a quick look the most individual points scored in a Legacy Leagues game. In Week 4 of the Winter 17 season, the Temptations’ Carmine Santorelli scored 62 points in an 101-92 overtime win over Redemption. Santorelli’s 62 points made up less percent (61.3) of his team’s total points than what Simmons did in Week 1 and what Baccielo did in Week 2. All three impressive performances, however, share one common bond: all came in winning efforts.

4. Two early underwhelming teams have a chance to make a statement next week in a semifinals rematch 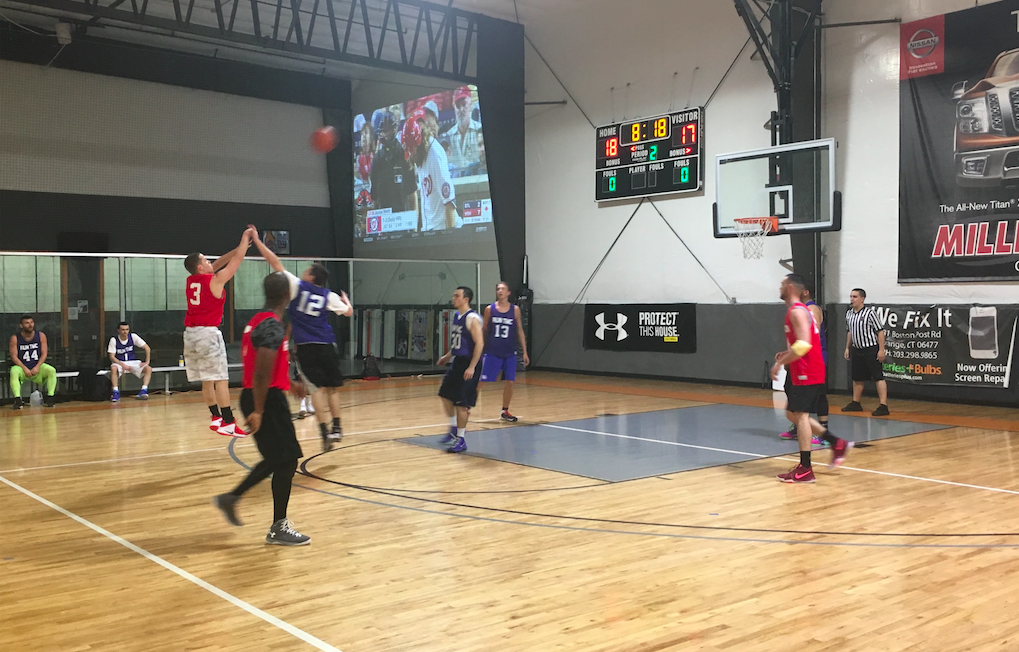 While the Winter 17 MVP abandoned Redemption for No Limit, Redemption still returned many pieces to their team that reached the championship game last season. Returning talent like Scott Corchard, Joel Castillo, Matt Pils and Mike Freeman, while adding a promising piece like Dom Migliaro, a former Central Connecticut State University basketball player, Redemption is still a top-tier contender in the league. But with a shaky 13-point Week 1 win over STP, a new team, and a 22-point loss to The Brotherhood in Week 2, there is still more to be desired from this squad. Losing to the Brotherhood isn’t something to hang your heads on, but when they shot 4-of-23 from deep this week and only got to the line for four free throws, I wonder where this team will compare to the one we saw this past winter.

And there’s no denying it: Run TMC’s roster appears loaded. Will Hudson was a Legacy Leagues All-First team selection last summer. They have the Zocco brothers, one a 3-point weapon when hot and the other a “silent assassin.” They added Jhamal Jones and Steven Buczek, who were arguably the best players on their respective teams in the winter. They added Nick Giannoni, a high school state champion basketball player, and Brandon Seabrook, a Legacy Leagues champion. And maybe most importantly, they added John Rullan, one of the best shooters in the league. But yet, Run TMC sits at 1-1 after dropping its first game in shocking fashion, and then picking up a nine-point win without Rullan in Week 2.

The pieces to a championship contender are there for both Run TMC and Redemtion, but after two weeks of performances, I don’t see a trophy in their futures just yet. There is much more to be desired from these two experienced teams. But now, they’ll meet up next week in a high-anticipated matchup, a rematch of the Winter 17 semifinals where Redemption beat Run TMC, 73-65, to advance to the title game. This is a big opportunity for both teams to see where they really matchup this season with top-level competition.

5. No Limit’s individual statistics are absolutely unheard of through two weeks

It’s going to be hard to convey just how impressive these individual stats are for each player on No Limit so far this season, so take a look for yourself here.

Disclaimer: Some of these players have only played in one game this season, but still, these statistics just show how deep this team is.