Light It Up Catches Fire Late For First Win 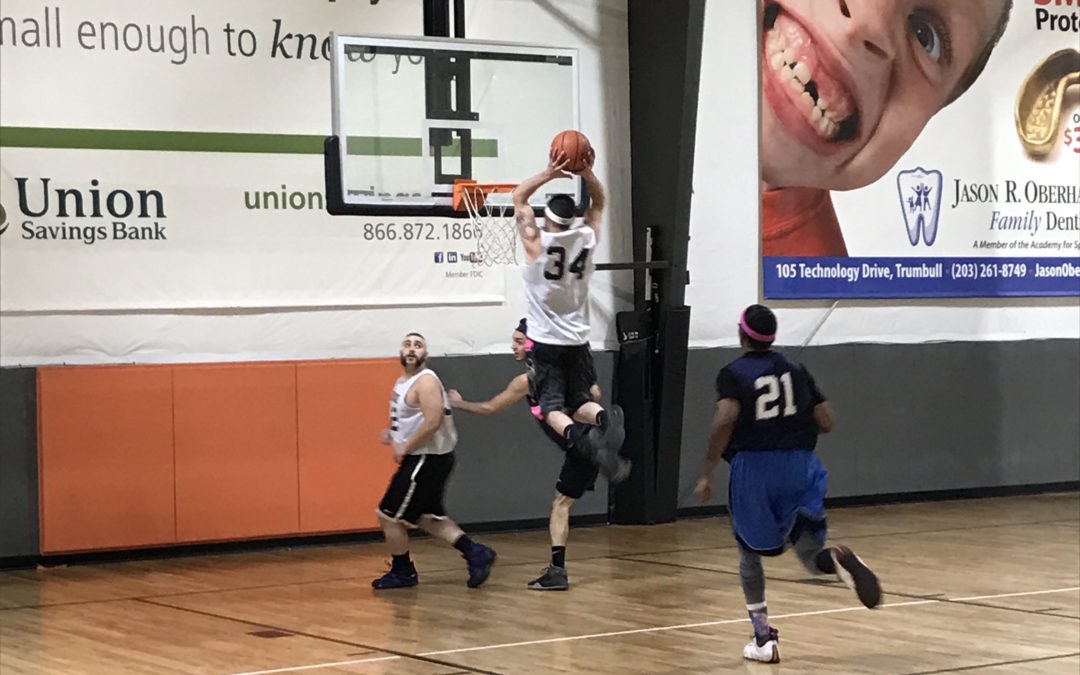 In a back and forth battle between two shooting teams, Light It Up came out on top in a seesaw game against the Renegades. With both teams taking almost 100 shots, every bucket counted when it came to the final few seconds. In the end Light It Up found its first win of the season squeaking by with a 57-54 win.

The game started with Renegades making their field goals, three pointers, and put back dunks. They played a fast paced game that Light It Up did not seem prepared for. Mopping the floor with them in the first two quarters, Light It Up was only able to put nine on the board in the second quarter.

Light It Up seemed like a completely different team in the second half. We’ve seen that Light It Up is a team that likes to shoot the ball, and in the fourth they kicked it into gear. Scoring twice as many points as Renegades, they were able to tie the game with under a minute left.

Chris Rosario was the leading scorer for the night with 24 points in all. His offensive contributions were essential to his team’s victory as he has added some much needed depth to this Light It Up team.

“I think we just gotta hit our shots more often and play a little better defense,” Chris Rudzinski of Light It Up said reflecting on what needs to happen to continue their success.

This is Light It Up’s first win of the season, and the Renegades second loss. With Light It Up looking to move up in the rankings, and Renegades still going for their first win, we look forward to seeing what these teams do in week four.