“Limitless:” No Limit rides perfect season past Temptations to the Finals 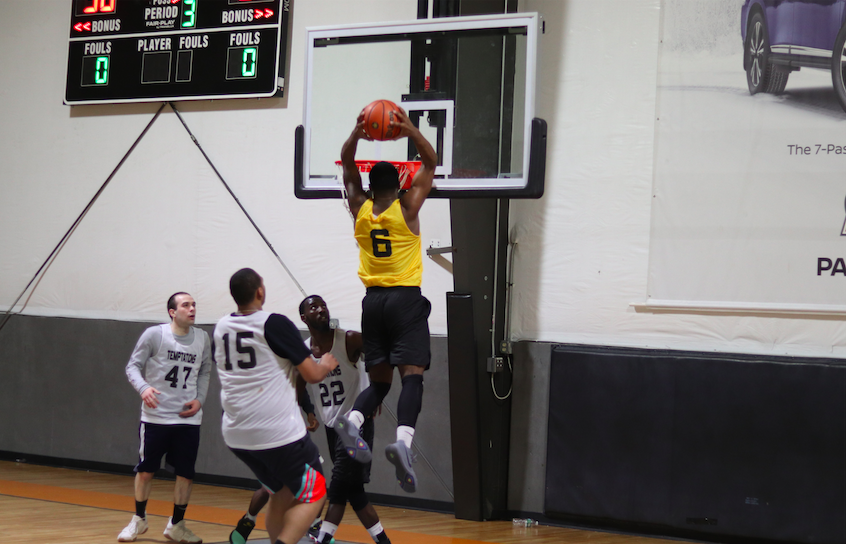 Week in and week out during the Winter 18 Legacy Leagues season, No Limit has showed up to Insports and taken down all the opponents in their way. They now have a Finals berth on Tuesday to show for their undefeated season. The No. 1-seed No Limit started slow, but finished strong en route to a Semifinal victory against the No. 5-seeded Temptations, 80-66.

Both sides were getting heated in this matchup and there was talking between the two teams during the game, on the floor and on the benches.

“We feed into that (talking),” said No Limit’s Tarell Vargas. “I said just play basketball and stop talking.”

No Limit had to flip a switch in the fourth quarter, something they haven’t had to do regularly throughout the season, but have in the past two playoff games. In a game of runs, No Limit had the last word outscoring the Temptations 35-20 in the final frame. No Limit gets everyone involved, and makes sure they’re all apart of this championship run.

“Of course, that’s what championship teams do,” said Vargas.

Vargas was the leader of his team tonight with 28 points and eight rebounds. Howie Miller looks like he is breaking out at the right time with 14 points, including 4-of-7 from downtown. Eric Singleton has his eyes set on the Finals MVP with a 27-point, five rebound night. To No Limit, it doesn’t matter who their opponent is for the championship.

“Either or, it should be a good game,” said Vargas.

The Temptations finish their season one stop shy of their ultimate goal. They were leading after three quarters, but they had no answer for No Limit’s killer instinct and clutch baskets from beyond the arc. The Santorelli brothers, Carmine and Nick, finished with 21 and 15 points respectively.

Melquan Horton wraps up his breakout season with a double-double, 13 points and 10 rebounds. They go into next season with even greater expectations to take the next step after challenging the favorites in the Semis on Monday night.

After falling short last season, No Limit is looking for their first Legacy Leagues title on Tuesday against the no. 3-seed Chasers.

“We’re more together this year, but I’m not used to going home early,” said Vargas. “I’m used to staying out late.”