Lob 203 fly past Sometimes Y, setting up a rematch in the playoffs 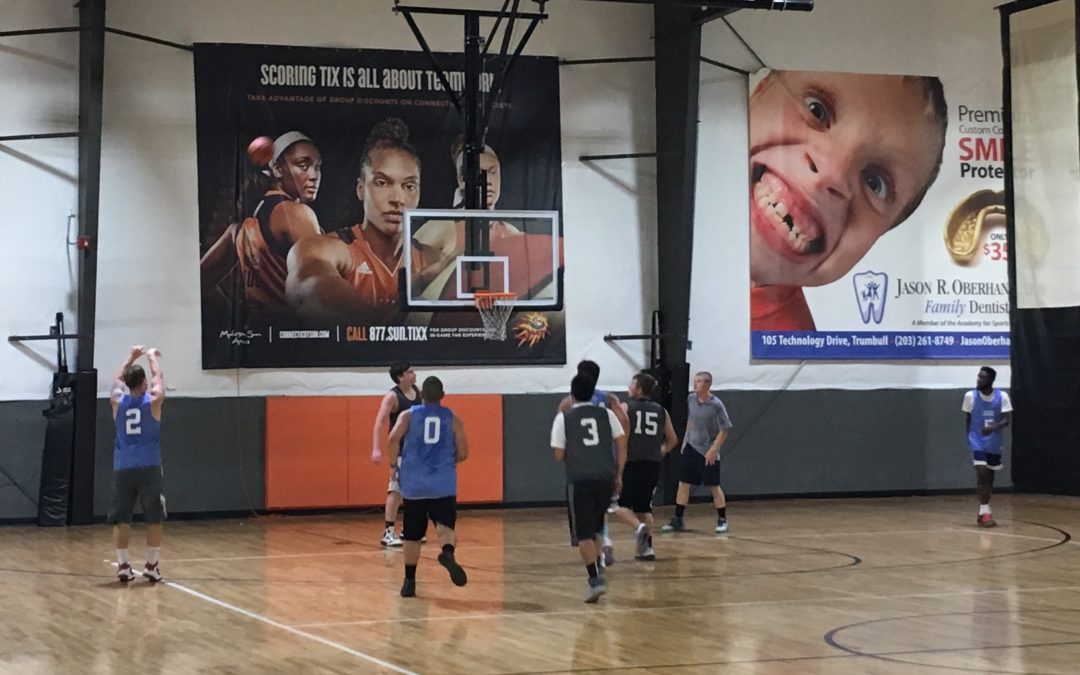 It was the “Eric Singleton Show” once again Monday night, as he and Lob 203 ran past Sometimes Y delivering them a tough loss, 77-37.

Singleton was unstoppable,  putting in 23 points on 11-of-22 shooting, while grabbing seven boards to bolster his teams stellar rebounding. When Lob is playing hard defense combined with Singleton’s offensive game they are a scary team even if they are somewhat of a one man show.

“We had to push the ball up the court our teams play fast and we need to keep playing fast,” Sinlgeton said.

Lob had 53 total team rebounds, many of them coming from big man Cody Dileonardo, who added 16 points, 10 rebounds and three blocks.

Sometimes Y gave a valiant effort once again but failed to hit on most of their shot attempts, going a dreadful 13-of-70 from the field. This plagued them all season, while the Gilson brothers —Pat and Eric — remain a lone bright spot for this team. They are the only two players on the team averaging over double-digits and are both shooting above 34 percent. The rest of the team are all shooting under 34 percent from the field and average less than nine a game.

Lob 203 will put their guarantee to the test in the first round against Sometimes Y in a rematch of this Week 9 battle.