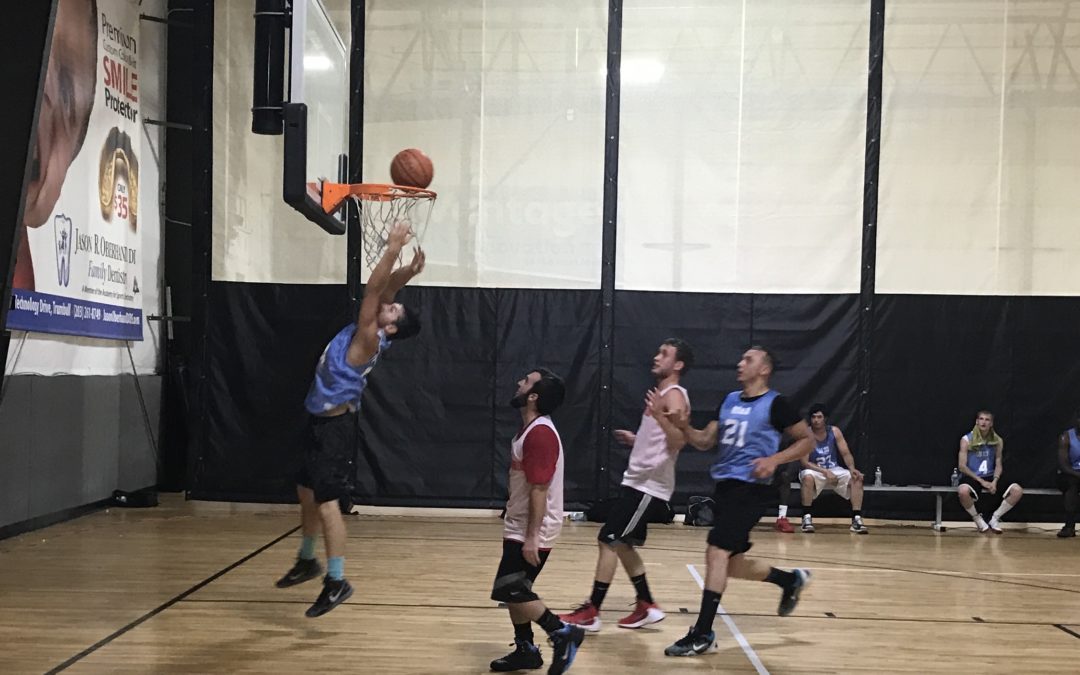 Lob 203 must have entered week 3 feeling good, which was evident by their 23-point outburst in the first quarter. In what looked like a balanced matchup on paper, Lob 203 was able to rise to the occasion, winning by a score of 68-59 over the Double Dribblers.

Lob 203 came out of the gates hot, jumped off to an early lead and refused to look back. Eric Singleton was electrifying throughout the entirety of the game, and threw down multiple rim-rattling dunks on his way to 26 points on 12-of-19 shooting.

“I didn’t really play great last week,” Lob 203’s Eric Singleton said. “This week, I just wanted to be myself and help my team. I have to stay aggressive.”

Singleton was the epitome of aggressive on Monday night, attacking the basket with ease thanks to his freakish combination of bounce and speed.

Lob 203 was also able to put a total of four players in double-digit scoring on Monday night, which is a testament to the steady improvement of their role players over the past few weeks. If Lob 203 can collectively find ways to supplement Singleton’s scoring like the way they did against the Double Dribblers, they will certainly be a team that can’t be overlooked on any given week.

In the end, you still can’t take anything away from Lob 203 in this one. They played together as a cohesive unit and never gave up the lead they worked hard to earn. They improve to 2-1 on the season, which is an impressive start to build on going forward.

Eric Singleton took the words right out of my mouth in his closing post game statement.