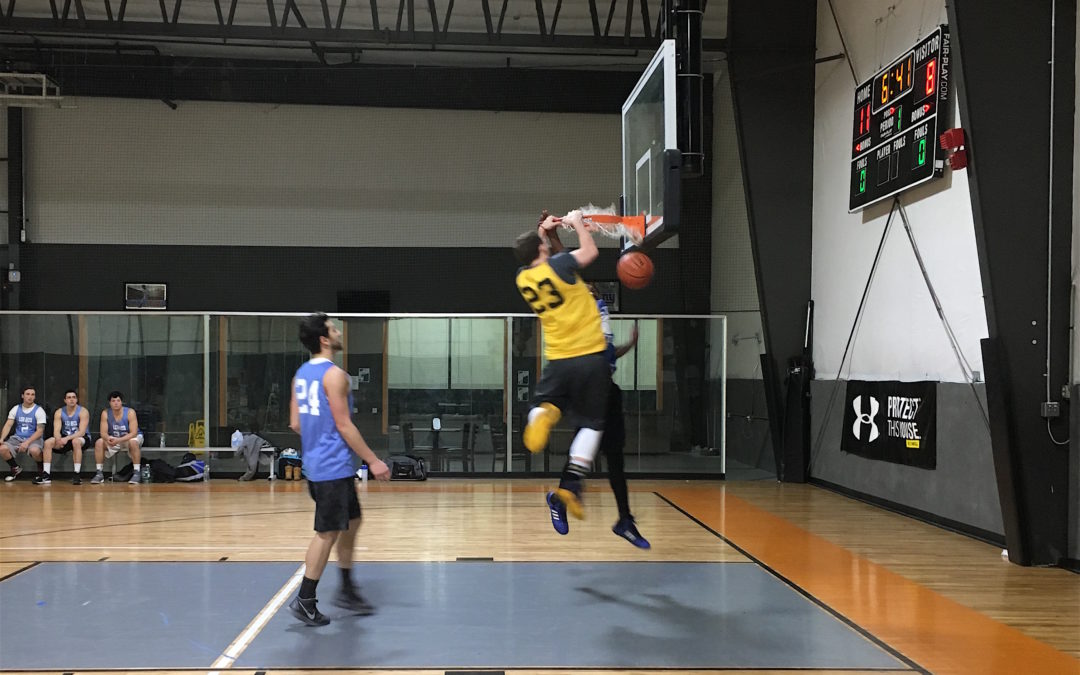 In a back and forth battle Tuesday night, both No Limit and Lob 203 started the game hot, but it was No Limit who was able to come away with the win, 66-64. Down the stretch Lob 203 was putting the pressure on, cutting the lead to two in the final minute.

After failing to get some stops, Lob 203 was forced to foul and put Howie Miller on the line in the final seconds to seal the win for No Limit.

“We ran a lot more than we’ve been running,” Miller said. Miller Finished with a game-high 24 points, shooting 50 percent from the field and 40 percent from three-point range.

Whenn I asked about how they were able to get stops on the defensive end in the final minutes, Miller answered with one word: “hustle.” Teammates John Rullan and Tarrell Vargas added 13 points each, while Paul Mirmina led the way for Lob 203 with 22 points.

The game was a back-and-forth exchanging of buckets and stops on each end of the floor. No Limit definitely wanted to have a strong performance this week, after having an unexpected challenge last week against Stranger Danger. Lob 203, on the other hand, came into this game off a loss against the Temptations, and needed a win to get back in rhythm, but were unable to do so.

Next week Lob will look to bounce back against a strong Cereal Killers squad, while No Limit takes on the Monstars in a big time matchup.