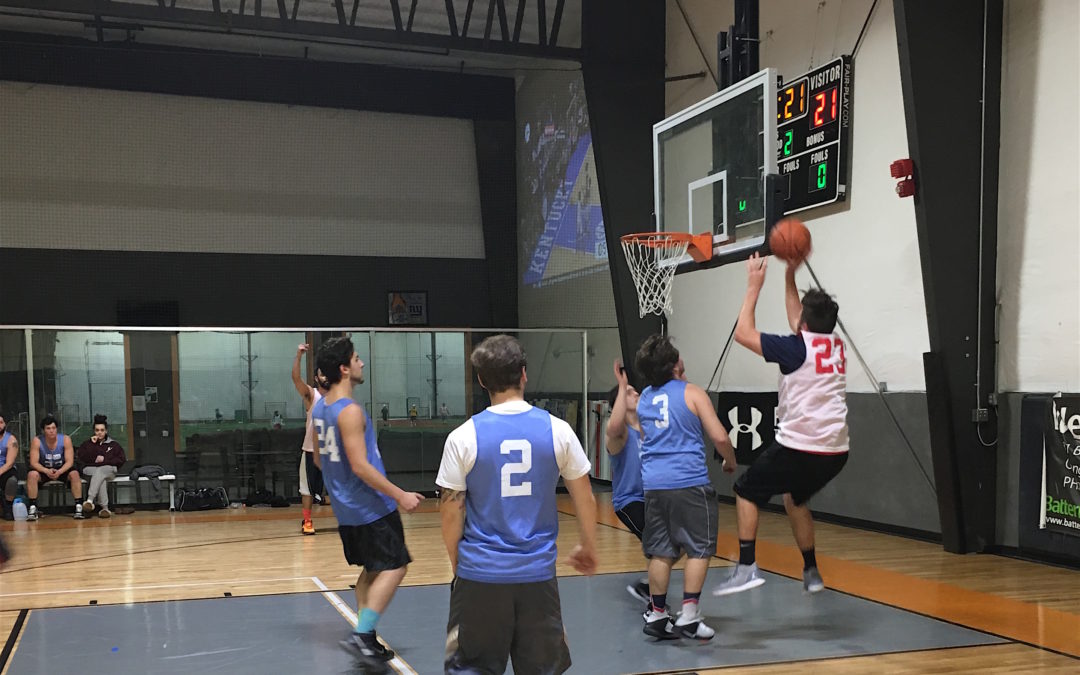 In a back and forth game, with arguing and controversy on both ends, the Monstars dominated the final two minutes to defeat Lob 203, 70-67.  Despite the close win, the Monstars were not humbled after the final buzzer.

“We already knew we were going to win this game,” the Monstars’ Antoin Pettway said.  “It was a light win though; next week it’ll be for real.”

Despite Pettway’s thoughts, the box score and game itself will show anything but a “light win”.  Lob 203 got off to a 12-4 run to start the game, jumping all over the Monstars with pressure defense.

However, the Monstars’ rebounded with a strong second quarter led by Pettway, who shot six-for-six from the field, with a DeAndre Jordan type shot selection.

“I just got to get rebounds and play big in the paint, do what I do,” Pettway said.  “They guys can’t stop me down there.”

Following the strong finish to the half, Paul Mirmina and Lob 203 rebounded to outscore the Monstars 27-19 in the third to take the lead going into the final quarter.

In a seesaw fourth quarter, Mirmina and Andrew Sampietro both missed game tying three’s as the game slipped away. The Monstars then sealed the game at the free-throw line, walking away with their fourth win of the season.