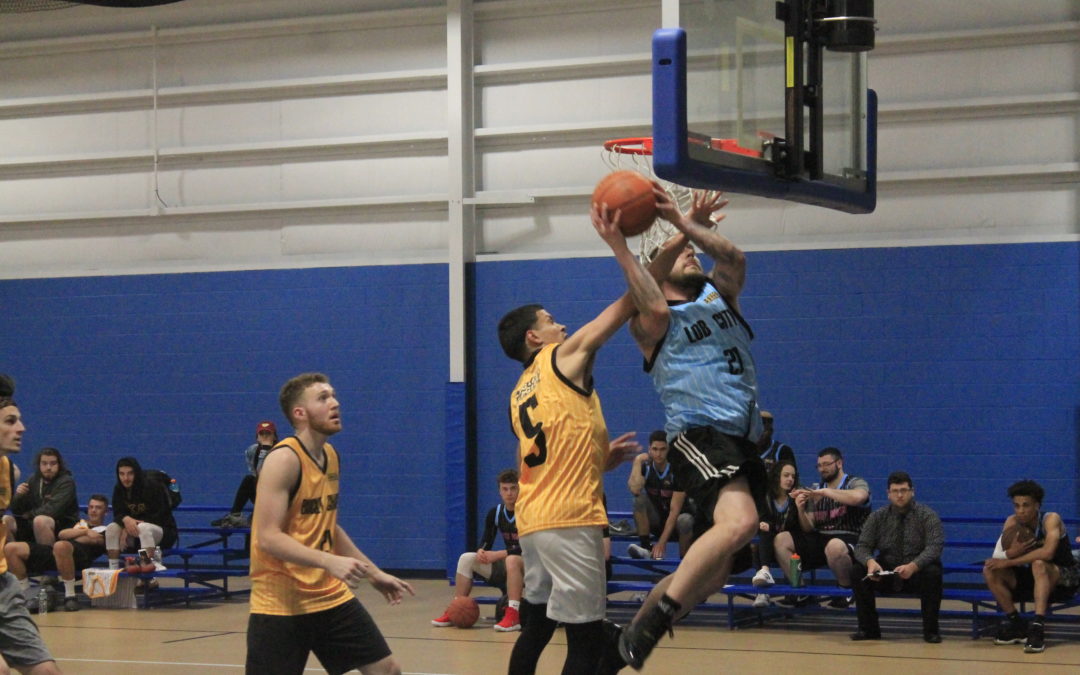 It was Lob City’s first game together sine hoisting up a championship trophy after winning the Winter ’19 Season. Cody Crawford and Victor Kashouh Jr. spoke to a rusty start and a bad shooting night for the team. The scoreboard showed differently.

Lob City defeated the Bucket Chasers, 77-57. A 20-point margin that slowly accumulated for Lob City not from surges of scoring but from consistent pace and a high-pressure defense.

Bucket Chasers, led by Sergio Dalomba with 16 points (6-12 FG), never gave up and showed life throughout the game. Unfortunately, the Bucket Chasers could not find consistent rhythm on offense. Lob City won the battle in steals (7) with a terrorizing defense that were scrappy and persistent to loose balls, which in turn made it difficult for the Bucket Chasers to string together buckets to make a comeback.

Cody Crawford led the way for the victorious Lob City with 23 points (7-19 FG).  Nuri Mahmoud, Justin Tabis and Josh Smith all also posted double digit scoring nights. A true team effort for Lob City and an excellent job controlling the pace of play. They won the team battle in turnovers (4) and also shot 13 more free-throws than the Bucket Chasers.  When you can limit your team mistakes and profit from free shots at the line, you’ll see an increase in your win column.

In the end, the veteran play from Lob City gave them the win despite their proclaimed rough shooting night. The Bucket Chasers showed spurts of energy and character but it will take more than that to beat the reigning champs.