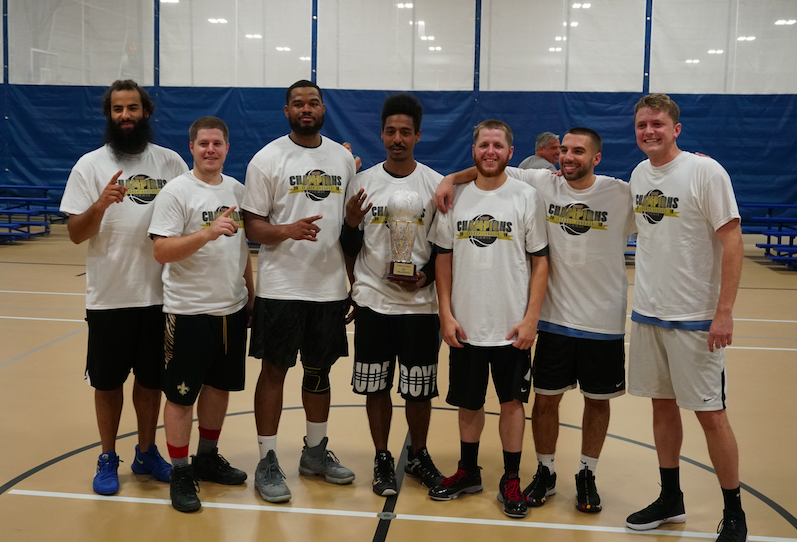 They played their style of basketball to the best of their ability Tuesday night, and when they do that they’re nearly impossible to beat, even for Boom-Shakalaka. Lob City won by a dominating margin, 88-64, en route to being named Summer 2018 Champions in Rhode Island.

Darius Debnam led the team with 24 points and 13 boards, winning Finals MVP in the process. Crawford followed with 21 and Victor Kashouh Jr. added 18 as well, but that was about all they needed, given the way their defense played.

“We played our brand of basketball,” Kashouh Jr. said. “We always preach defense first. (Boom-Shakalaka) is a high-power team and we held them to 64 points. That’s what we do.”

Boom-Shakalaka, a team who scored on average 85.3 points a game, only put up six points in the second quarter Tuesday night, and three of them came at the buzzer right before halftime. As a team, they shot 39.1 percent from the field, and Nate Stichell, who was announced the regular season MVP prior to the game, only had 14 points on 23.5 percent shooting.

Lob City simply outplayed their opponent on both sides of the floor. They outrebounded Boom-Shakalaka by 12, and their effort outside of the paint was outmatched. Both Kashouh Jr. and Debnam were connecting from deep, which allowed Lob City to stretch the floor with multiple shooters to go along with Crawford.

The game was nothing compared to last year’s Finals, which was inches away from a third overtime. Lob City was able to control Stichell and get out to a big lead early in this year’s Finals,  heading into halftime up by 17.

“We just picked up the pace,” Greg Holt said about his team’s second quarter run. “We started moving faster, getting better shots and it makes it easier for everybody.”

The only similarity was in the MVP Award. Last year, Green Squad’s Marc Testa won it. This year, Green Squad renamed to Lob City and Debnam took home the award. Debnam was dominant on both sides of the glass, and his three-pointer was nearly as efficient as his post game. All season, he has been a consistent piece for Lob City, and his dominance was most of the reason they won so handedly.

“I was just mad that we lost to them last time,” Debnam said. “We just did the same things we do: play defense and win games.”

Kashouh Jr., Crawford, and Holt all enjoyed their third-consecutive Finals trophy Tuesday night. Despite not taking the floor together again on the low rim until the next season starts up in December, they’re already looking ahead to next season.

“Can you bring a team that could beat us?” Kashouh said.