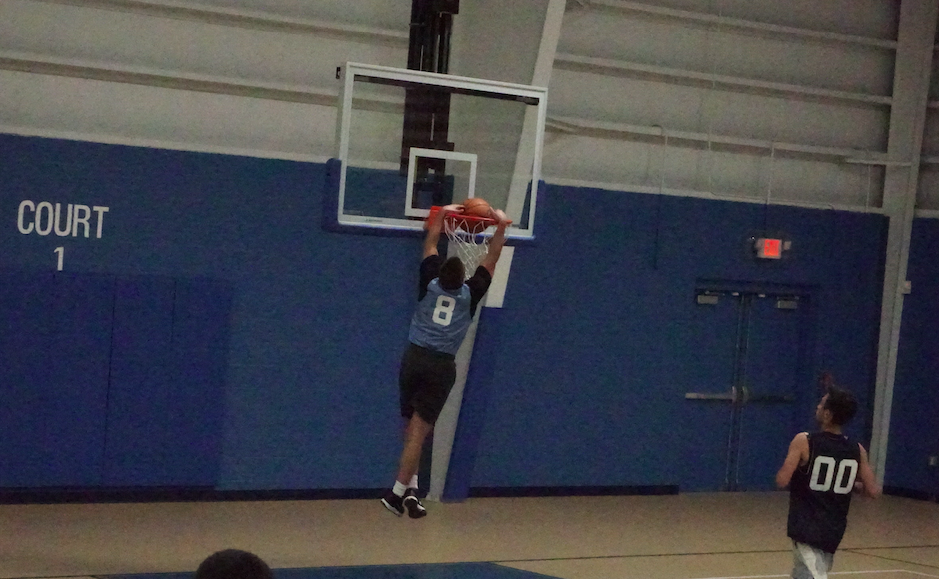 Cody Crawford may need to make room for a second Player of the Week award on his mantle after Lob City put the Werewolves to sleep, 104-74.

The Werewolves kept the game competitive through the first quarter, trailing by an attainable 6 points. While Lob City had a comfortable 47-36 lead at halftime, Crawford and his crew turned things up a notch in the second half.

“We faced the Werewolves every season so far they’re a great team,” Crawford said. “They came back with a lot of defense and a lot of height. We just like to play defense and then get out in transition and get open looks. That’s what we feed off of.”

Cody wasn’t the only member of Lob City with a standout performance. Darius Debnam, “who everyone’s calling Shaq” according to Crawford, showed up with a big double-double featuring 26 points and 18 total rebounds, tallying 10 from the defensive end. Not to be outdone, Greg Holt contributed a double-double of his own, adding 10 points and 13 assists to his season totals.

The Werewolves seemed surprisingly harmless in this game despite a pair of 20 point games courtesy of Gino Forte and Brian Heston. Heston also added 10 rebounds to add a double-double to his accomplishments.

The Game of the Week lived up to its name as the Werewolves hung onto a commendable 11 point lead entering the half. However, Lob City blew the doors off the game as they outscored the Werewolves 57-38 in the third and fourth quarters.

The Werewolves will hope for a full moon during their Week 3 game against Halfway Crooks, who were handed their first loss of the season by Swish Kabobs on Tuesday night in Johnston, Rhode Island. Lob City will look to keep things rolling against the winless Shake N Bake after they suffered a devastating 40 point loss to Boom-Shakalaka.