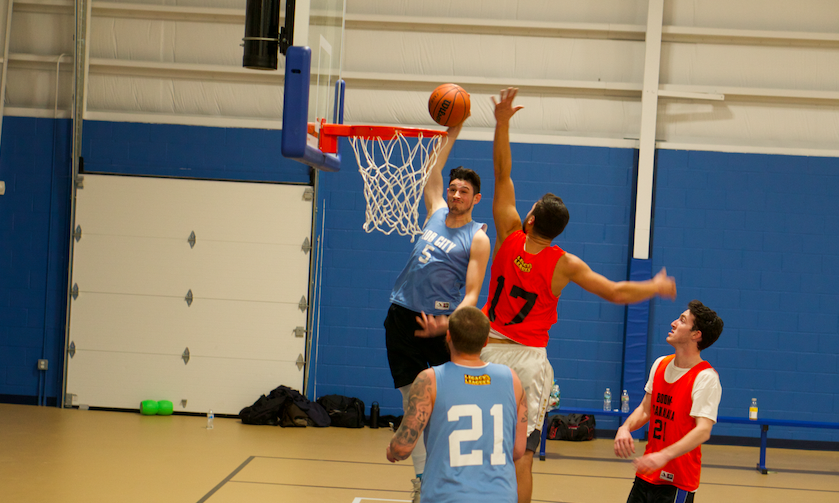 Boom-Shakalaka played a great first half of basketball. Defensively, they held Lob City to just 44 points, before getting blown out 59-28 in the last 20 minutes of the game.

In the rematch of the Summer 2018 Finals, Lob City easily handled their opponent, and left with a booming 103-64 victory. Three players finished with over 20 points, and there was an assist before nearly half of their made baskets. The team connected on 21 three pointers, eight of them coming from Justin Tabis.

Tabis led the game in scoring with 28 points, a breakout game for the Legacy Leagues Rookie. Victor Kashouh Jr. and Cody Crawford had 27 and 22, respectively, combining for 11 three-pointers between the two of them. Joey Coro finished with his third straight double-double, scoring 18 points and pulling down a game-high 13 rebounds.

But the game wasn’t what the box score says it was. After the first half, Boom-Shakalaka trailed by just eight points, 44-36. Lucas Martin and Jeremy DiMicco each finished with 15 points, but the team struggled from the field in the second half. They only scored nine points in the third quarter, and couldn’t seem to break into their opponent’s defense.

Besides Martin and Aaron Knapp, no one shot over 40 percent from the field, and the team finished with abysmal 33.8 shooting percentage.

“We focused on defense a little more,” Tabis said. “Got a hand in the face of the shooters. They got a little cold and we just ran away with it.”

Lob City continues to terrorize the league this season. In their three victories, they have won by an average of 45.3 points while scoring an average of exactly 100 points a game. Tonight’s 39-point win was actually the closest game they have played since their 88-64 victory over Boom-Shakalaka in last year’s championship.

“We expect to blow out every team in this league,” Tabis said. “That’s just the mindset we come in with.”