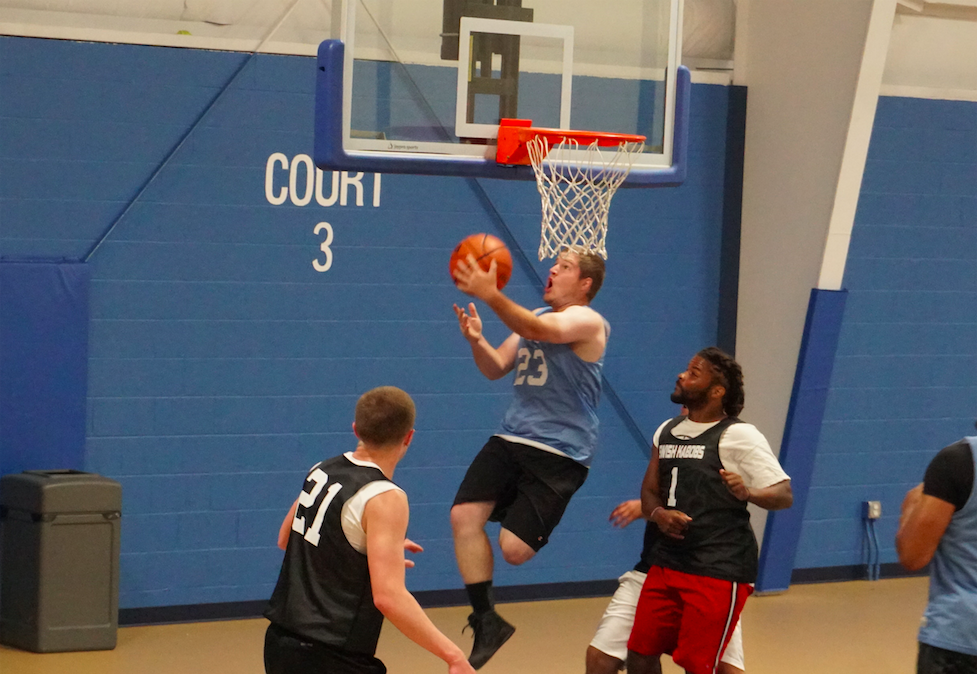 Lob City was powered through Cody Crawford’s electric first quarter, in which he was lights out from beyond the arc. His hot shooting helped pad their lead to 17 points in a the third quarter.

But in addition to Crawford’s success, it was the team’s well-rounded, complete effort that helped get this team back in the win column after their first loss of the season to now top-seeded Boom-Shakalaka.

“We’re going to keep playing hard 1-on-1 defense,” Carl Mangum said regarding what his team looks to continue to achieve in the postseason. “We’re going to run the floor in transition and we’re going to make sure Cody (Crawford) gets a lot of minutes.”

The Swish Kabobs did what they could to keep up with the loaded Lob City roster, but with just four players in the lineup tonight it was difficult to match Lob City’s pace. Tyler Barbosa’s individual efforts in the second quarter got his team to as close to six points, but it wasn’t enough.

Every one of Lob City’s seven players contributed offensively in the win and shot well as a collective group from the field (54.8 percent).

Despite a late push from the Swish Kabobs, the game was officially put out of hand at the two-minute mark when Greg Holt drained his only three of the night to put his team up 85-65.

With the big win providing much-needed momentum heading into the playoffs, the motto surrounding the team is simple.

On the other side, the Swish Kabobs will enter as the no. 3 seed where they will face the no. 6 seed Halfway Crooks on Tuesday August 7.