Lob City flips the switch to pull away late 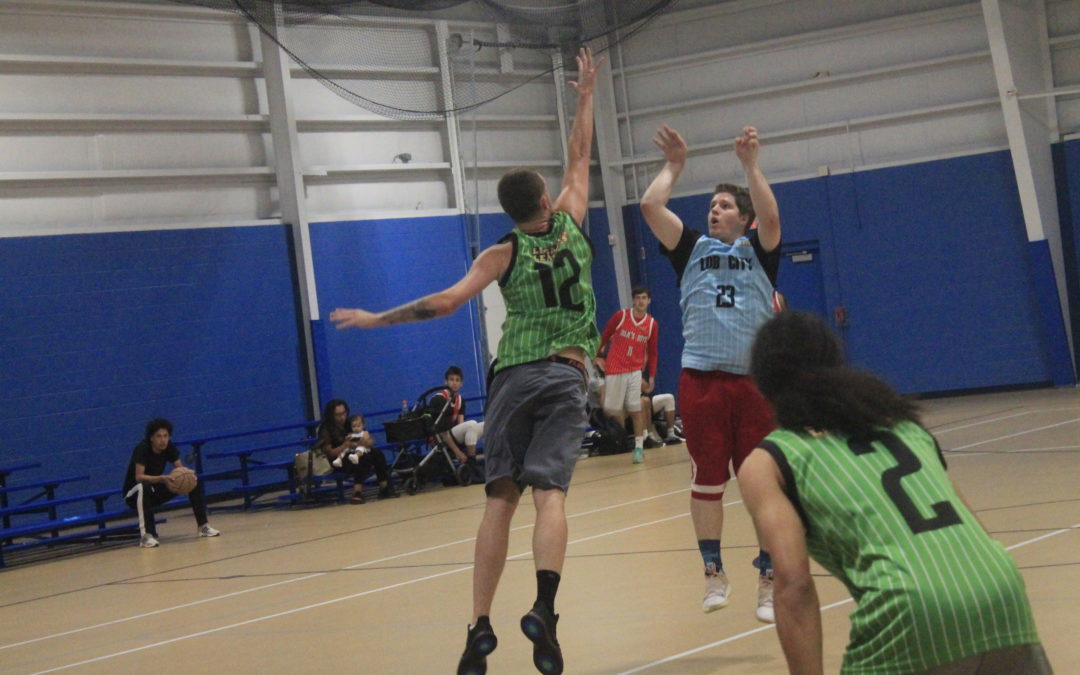 This week brought a fantastic match up between the reigning champs and a rising contender in the league, with the champs, Lob City beating the Boston Blazers, 76-59.

Lob City has been on their winnings ways all season with a 6-1 record after picking up the big victory Tuesday night. They beat a very solid Boston Blazers squad that is capable of beating any team on any given night.

The four time defending champs have always been a confident group. Victor Kashouh Jr. said, “We have a bunch of guys we can plug in and play with… as long as we have four we have a good chance.”

Although they have been a slow starting team all season, Lob City, like in many other games, opened up the game in the second quarter with a big 22-0 run in a matter of minutes.

“We’ve played in this league many times, we’ve been successful, so we know what it takes to turn it on.”, Greg Holt added.

The Blazers made this game much closer than it seemed on the final tally. Although it will go down as a 17 point loss, it was more like an seven point loss, they fought back in the fourth and made it very interesting. Unfortunately for them, Cody Crawford couldn’t miss from deep with the game on the line, helping Lob City pull away.

Jermaine Patterson has been a bright spot for this Boston Blazers team, again scoring a team high 25 points on the night, with Corey Strickland scoring the second most with 11. Besides that everyone else was in single digits, not ideal.

Lob City plays a very experienced and smart brand of basketball and know how to win, that’s what leads too their consistent success.

Victor Kashouh Jr’s. keys to victory are, “Playing together, playing defense, knocking down shots.” Simple as it sounds, no team does this as consistently as Lob City. That’s one of the attributes that makes them so great.

Lob City is starting to go on a tear, and they’re starting to feel like another championship run could be coming.

Victor Kashouh Jr. walked off his interview by saying, “We’re feeling great, feeling great…can someone beat us in the ship?”