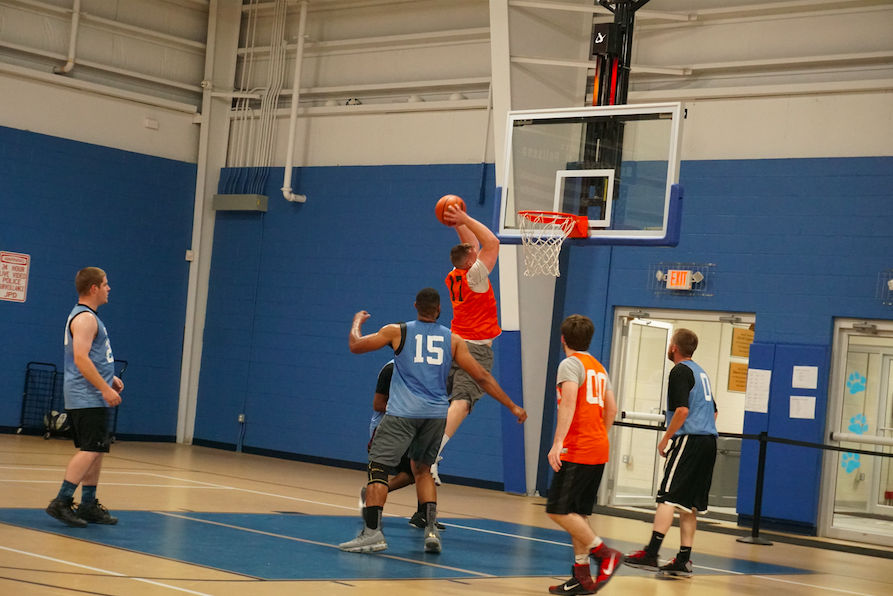 It took eight weeks, but Lob City finally saw the other side of a victory tonight. In their second game of the season against Boom-Shakalaka, a Finals rematch from last season, they were upset by a score of 92-80.

Boom-Shakalaka’s Nate Stichell had one of those nights, scoring 31 points on 9-of-16 shooting, a great comeback from the last time the two teams played. He had six threes on thirteen attempts, with five assists and two steals to go along with it Stichell, who was a force in the Winter 2018 Finals, was held to 15 a few weeks ago by Lob City’s Michael Palumbo.

“I just want to say to start this off, this is not last year,” Stichell said after the game. “We are a completely different team. We’re more athletic and ready to go.”

With Palumbo absent for Lob City, the defense struggled across the board. Trevor DiMicco had 20 points, while Lucas Martin had 22 off of a great night from deep. Martin was 6-of-11 from three-point range, with a few clutch threes to keep Boom-Shakalaka ahead late.

The offense struggled a little too for Lob City, as they had their worst scoring game of the season, only dropping 80 points. Darius Debnam led the way with 28, followed by Victor Kashouh Jr. and Cody Crawford with 17 and 16, respectively. Debnam had thirteen rebounds as well.

While that spells a normal night for Lob City, the rest of the team only combined for 19 points. Boom-Shakalaka’s big three of Stichell, Martin, and DiMicco spelled trouble all night, and all of them consistently had opportunities to score.

“I got hot early on, and they kind of focused in on me,” Stichell said. “But after that, I think we just shared the ball, made the right plays, and it took care of itself.”

Both teams now stand in a tie in first place, as they share a 7-1 record and are each other’s only loss. Assuming they both win next week, the tiebreaker will come down to RPI for the first seed in the playoffs.

“The mentality doesn’t change,” Stichell said. “Championship or nothing.”