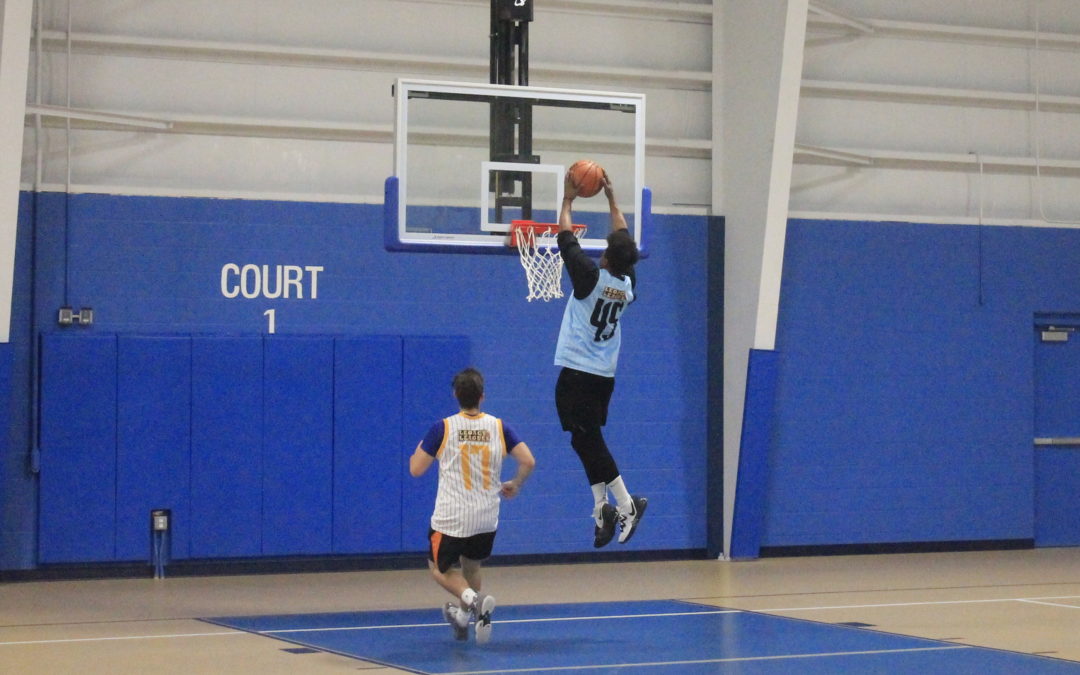 In their highest scoring game so far this season, Lob City was able to combine smart shooting, solid defense, and high energy to take down The Goodfellas, 83-57.

Lob City was able to play a consistent game from start to finish, combining their offensive talents with a lot of smart defense. The Goodfellas certainly are not a team who struggle offensively, as one of the highest scoring teams in the league led by their top scorer, MJ Notarianni who was still able to put up 25 points. Unfortunately for the Goodfellas, that was not enough for Lob City’s overall impressive game, perhaps their best both offensively and defensively.

It was Cody Crawford again who led the team offensively with 27 points, and he detailed success beyond that of just outscoring their opponents postgame.

“We got off to a hot start right out the gates [this game]. The first two games we started off really slow with a couple bad decisions, this time we had smart defense and more fast breaks.”

Chandler Crawford agreed, adding the fact the team was down two players this week but still managed to bring high energy.

“We just like to have fun out there.” That’s something that was very apparent on the court in what was the team’s most dominant performance so far this season.

Lob City continues on a 3-0 hot streak, looking to take on their fourth victory next week against the also undefeated Boom-Shakalaka.