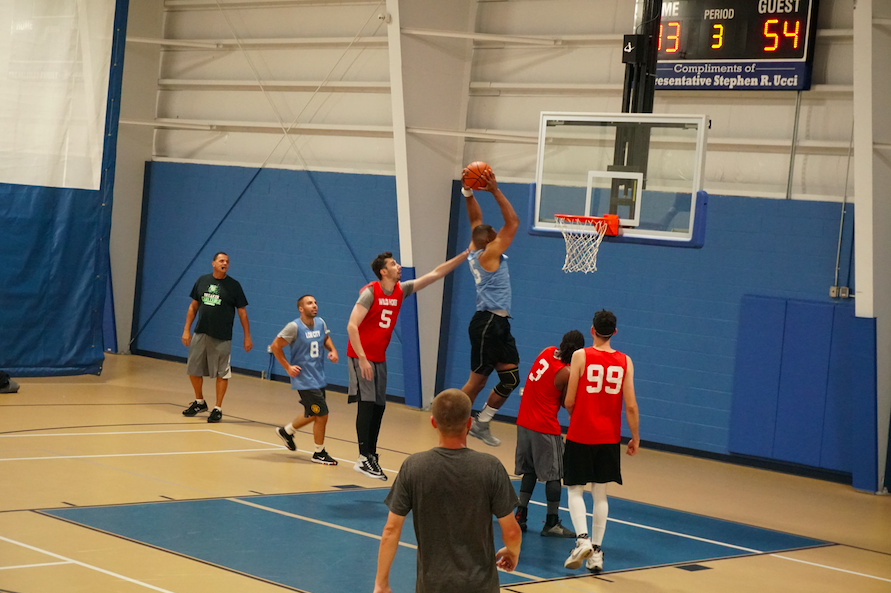 The Wild Hogs were still looking for their first win of the season Tuesday night, but had the misfortune of getting in Lob City’s way. This team refuses to slow down as they continue their rampage across the league.

Cody Crawford makes his case for another potential Player of the Week award after dropping 37 points to go with seven rebounds and four assists. Crawford stayed humble postgame, acknowledging how well Lob City is playing as a whole.

“In each of our games, I don’t think anyone’s led the team in scoring two games in a row,” Crawford said. “We have a lot of people who can score so there’s really no pressure on anyone.”

Michael Palumbo followed up his Week 6 Player of the Week performance with another full stat sheet of 24 points, eight rebounds, and eight assists. Lob City backs up Crawford’s words because the standout games don’t stop there.

Darius Debnam and Brad Van Fechtmann each achieved double-doubles with 19 points with ten rebounds, and 16 points with 11 rebounds, respectively. It would be a crime to not include Greg Holt, who racked up 12 rebounds and a ridiculous 17 assists. That’s called being a team player.

The Wild Hogs had their best shooting game of the season, but got unlucky that it came against the hottest team in the league. Mike Bandieri is heading towards another possible All-Star selection after another stellar game in which he scored 22 points while adding 11 rebounds and six assists.

Leading the way for the Wild Hogs was Joey Coro, who continues to have his best season so far after dropping 29 points on 14-of-25 shooting. Rounding out the big three  was Sonny Guelce with a very strong 19 points. Unfortunately, these standout efforts weren’t enough as Lob City seemingly can’t be stopped.

Lob City hopes to stay red hot as the playoffs loom just three games away. Palumbo had some insight into what the team wants to take into the playoffs.

“The same intensity,” Palumbo said. “The same way we’ve played all season. We don’t have to change anything, just keep playing the way we have”.