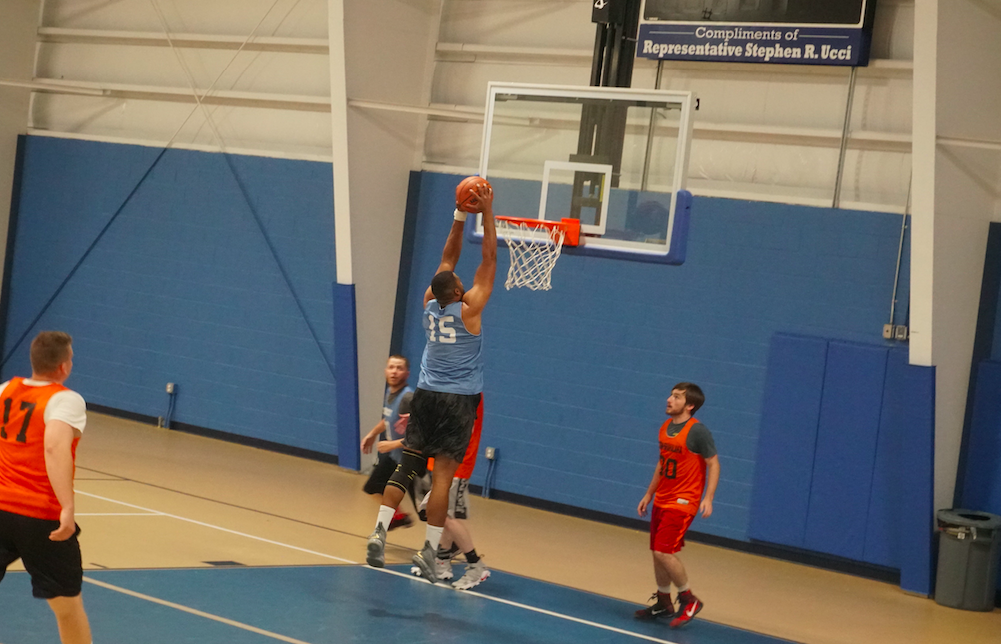 Lob City‘s defense shined in a rematch from last season’s double-overtime championship game versus Boom-Shakalaka, bringing them the 86-82 victory on Tuesday night.

Not only were they able to limit Nate Stichell to 15 points, who set the single-game scoring record last time out with 56 points, but they also forced the entire team into a poor shooting night (45.3 percent from the field). Trevor DiMicco, who put up 31 in his last game, only scored 14 points. He and Stichell were a combined 11-of-30 from the field.

Apart from this, Boom-Shakalaka was within reach of the victory for much of this game. After a hot first half from both teams, the game was in favor of Lob City by one point, 46-45 at the half. Holding Stichell to 15 helped them a ton, as he single-handedly took over the game when they last played in the Winter 18 Finals.

“[Stichell]’s a good player, and we just tried to make him take tough shots,” Greg Holt said after the game. “He still hit shots, it’s going to be tough for him though. He’s got to earn them. They rely a lot on him, and rightfully so, but we stepped up as a team on defense, and put it together for a good win.”

Lob City had a balanced attack tonight, with Victor Kashouh Jr. sidelined for the night. Michael Palumbo led the way with 30, followed by Darius Debnam with 24 and Cody Crawford with 19. Holt added 11 of his own, and Debnam finished with a double-double after securing 10 boards. They out rebounded Boom-Shakalaka, 32-27, and assisted on 14 of their 31 field goals.

Boom-Shakalaka was carried by Lucas Martin and Matt Camara tonight, who scored 25 and 18, respectively. Together, they were lights out from three, shooting a combined 13-21.

Camara and Martin had been out of the spotlight, with Stichell and DiMicco lighting it up this season, and they came through when they were needed most. Had it not been for their outside shooting, Boom-Shakalaka might not have been in this game. They took their first loss tonight, and look to rebound next week against The Halfway Crooks and The Bucket Chasers.

As for Lob City, they improve to 5-0 and remain the only undefeated team left this season. They play the winless Wild Hogs next week, as well as the Swish Kabobs, who handed them their only loss in three Legacy Leagues season.

As for being the last remaining team with a perfect record?

“Nothing new man, nothing new. One game in three years,” Holt said.