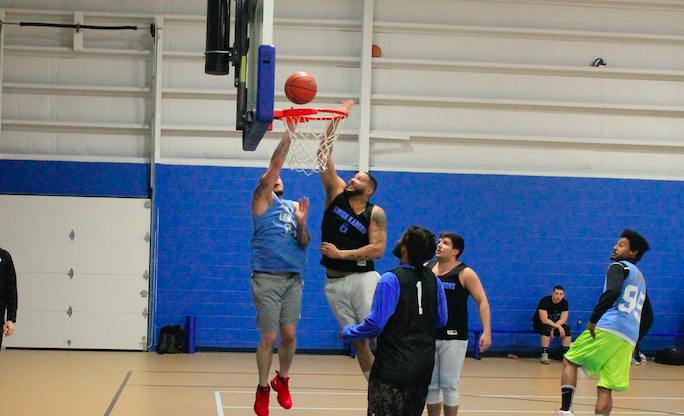 The week seven Game of the Week featured the last two remaining undefeated teams in the league, where Lob City snuck out a close win 76-69 over the Swish Kabobs.

“I thought it was a pretty good game, Swish Kabobs is a good team,” Lob City’s Victor Kashouh Jr. said. “We were missing a few guys tonight but I thought we were well balanced.

Lob City had five players score in double digits. Cody Crawford led the way, once again, with 18 points. However, Victor Kashouh Jr. was the story of the game dominating just about every aspect of the game. He finished with 12 points, 11 rebounds, seven assists, and five steals.

The brothers Del Butler and Randy Butler led the way for Swish Kabobs in the loss. Del scored 17 points and Randy finished with 15. Swish Kabobs really struggled shooting the ball from three which is a big reason why they lost this close game.

“They are definitely one of the top teams in the league,”  Victor Kashouh Jr said.