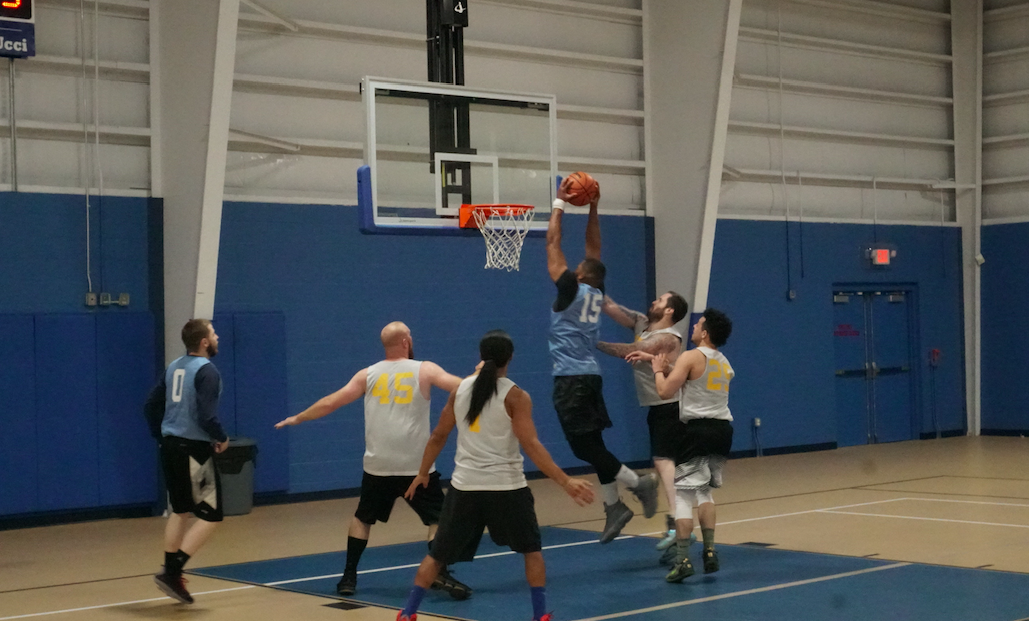 Despite donning a new name on the front of their jerseys, it was a very familiar performance from the Lob City core who got major contributions from a new face in Week 1. Michael Palumbo dropped 23 points on 83 percent shooting to help Lob City snag their first win in dominating fashion over the Bucket Chasers, 98-64.

Lob City is a remake of the defending champion Green Squad from a season ago, and they picked up right where they left off. Vic Kashouh Jr, Cody Crawford, Josh Smith and Greg Holt return to the court, as does a former Alliance player in Darius Debnam.

“We got some new additions to the team,” Lob City’s Michael Palumbo said. “We are looking forward to making a bang this year. We got some shooters, my man Cody (Crawford), Dub (Victor Kashouh Jr) and Greg (Holt). We got a good team coming by for this year and we’re ready to roll.”

Crawford’s hot shooting early helped Lob City build a quick cushion that ballooned into a 34-12 first quarter. Crawford led all scorers with 29 points. The Bucket Chasers are a completely new team to the league, and got a special kind of welcoming party, one that included an onslaught of scoring from a seasoned team.

Lob City not only poured in the points, but also did so off of passes from teammates. Lob City recorded 28 assists to the Bucket Chasers nine, and Holt had a team-high 15 assists by himself.

“Here at Lob City we pride ourselves on teamwork, sharing the ball and getting good looks,” Palumbo said. “We’re coming for the league. We try to get everyone involved and everyone is an option around here. We’re all shooters.”

Lob City shot over 50 percent as a team in their first game of the Summer 18 season (54 percent), and managed to hold the Bucket Chasers to just 36 percent shooting. Despite a slow start for the Bucket Chasers, they did pick up their play in the second half only being outscored by a total of four points after halftime.

Lob City had four players in double figures, and is not planning on slowing down. They talked about wanting to reach a certain milestone each game that they failed to reach in their Week 1 contest.

“Going forward were going to put up big numberst,” Palumbo said. “We are looking to get a 100 a night and hold teams to around 60 points. It should be a good year and we’re looking forward to it.”