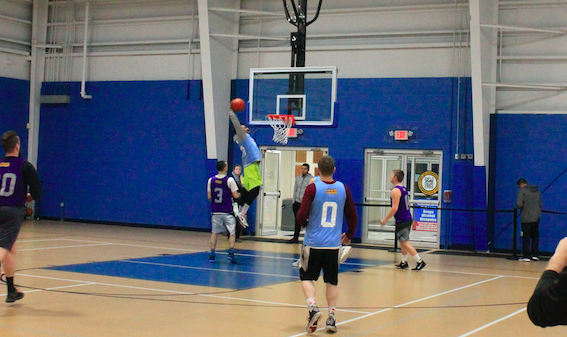 In a contest that was back and forth the entire night, Lob City was able to prove once again why they are the team to beat. Every player scored as they were able to maintain their undefeated record on their way to another one-seed in the playoffs.

Victor Kashouh Jr was the go-to guy for the defending champs, racking up 25 points to go along with six rebounds and three assists. Cody Crawford, Justin Tabis and Joey Coro all scored in double figures as depth was another key to victory for Lob City. This was yet another statement win as we creep closer and closer to the Winter 2019 playoffs.

“They’re a really good team they brought back a lot of size,” Crawford said. “They really challenged us on the boards and we really struggled with rebounds out of the gate but once we were able to do that and play our defense and play our game we were fine.” The defending champs return to the hardwood next week to face Skyhookers.

Halfway Crooks played a great game all around but fell just short as they couldn’t quite finish in the fourth quarter. They were very physical on the glass the entire night and were out-rebounding Lob City, a team known for their physicality, for the majority of the game. Jared Hanson, Dylan Lincoln and Mike Wilbur all scored in double digits as Halfway Crooks suffered their first loss of the season and fell to 3-1. They return to action next week against Boom-Shakalaka.