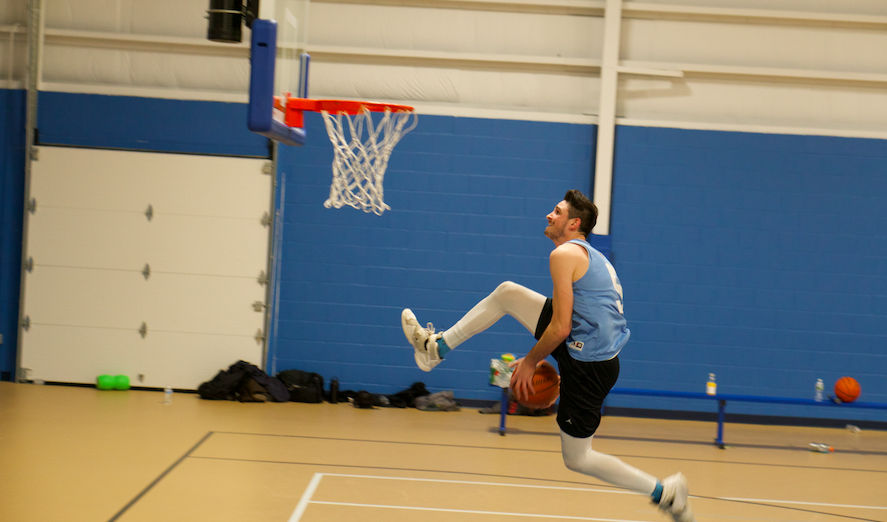 Despite being down by 10 at the end of the first quarter, Lob City handled business on Wednesday night in Rhode Island defeating Werewolves by a final score of 73-54. The win improves their record to 4-0 on the season and they showed once again why they’re the team to beat this winter season.

Undeterred by only having five players, Lob City was able to easily handle Werewolves on both sides of the floor after the first quarter. Greg Holt led the way for the defending champs with 27 points, eight rebounds and six assists. The team combined to have 35 rebounds, four blocks and seven steals in the victory, which showed their defensive prowess.

“They came out strong and hit shots early,” Holt said. “Teams are going to try and get us down and out, but we stuck together and came right back.”

Justin Tabis also added 17 points in the victory. The defending champs return to action next Wednesday against Halfway Crooks.

In the loss, Gino Forte scored 24 points and Brian Heston pounded the stat sheet with 13 points and 13 rebounds. Werewolves dropped to 1-3 on the season and are now tied for 7th place in the Winter 2019 standings. They have lost close contests in consecutive weeks and will look to get back in the win column next Wednesday against Skyhookers.