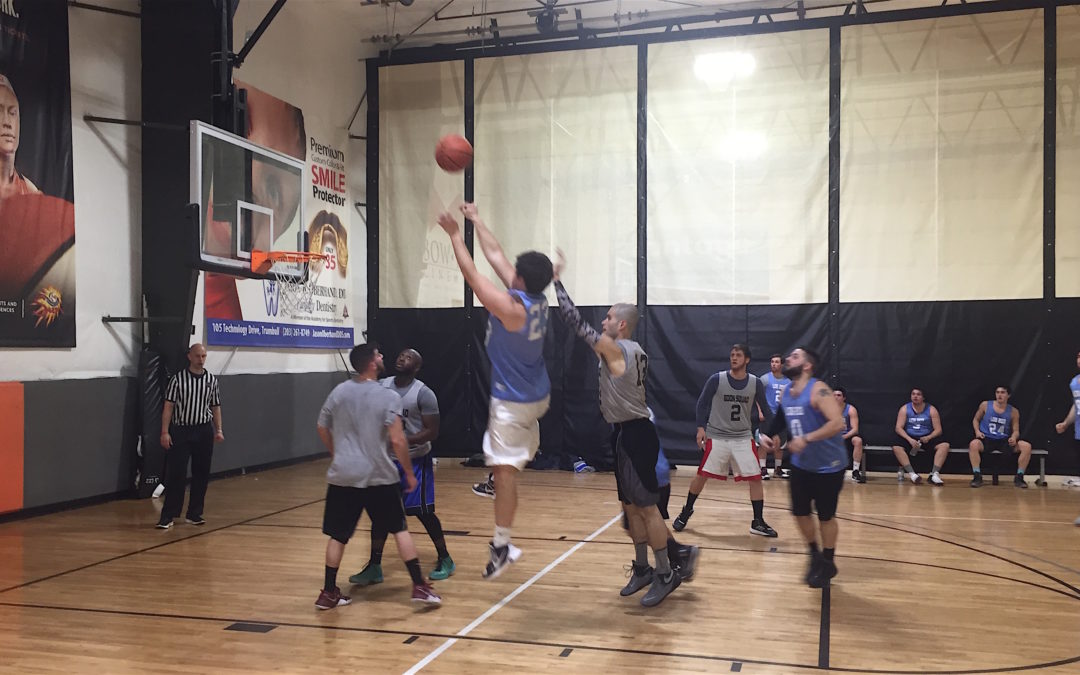 After what would prove to be a slow, scrappy and messy game, Lob 203 achieved their first victory of the season over Goon Squad by the score of 62-48.

“We’ve been wanting it pretty bad. We’re just happy to get it under our belt, just keep moving to the next game,” Lob 203’s John Brolet said.

Lob 203 proved that they aren’t regular chokers in the fourth quarter. They scored the most points in the fourth than they did all game, 24, as they started to hit their shots and play a little bit of a faster game.

Paul Mirmina led Lob 203 with a total of 20 points. Andrew Sampietro followed with 11 points, and Andrew Martino and Cody Dileonardo each scored 10. The balanced scoring attack has been a consistent force for this Lob 203 u

“Pick and rolls, we used screens a little bit more this game actually, so you know, fundamentals really that’s it,” Brolet said.

Matt Marconi led Goon Squad with 16 points as he usually does. It was a relatively quiet game for Marconi and the rest of his team as the offense was sputtering most of the game.

Lob 203 deserves to be commended for their team defense and relentless desire to win. Lob 203 will hope to prove that what is most important is not how you start, but how you finish. With two weeks left in the regular season Lob 203 could be a scary matchup for a higher seeded playoff team.