Lob’s dynamic duo too much for Renegades 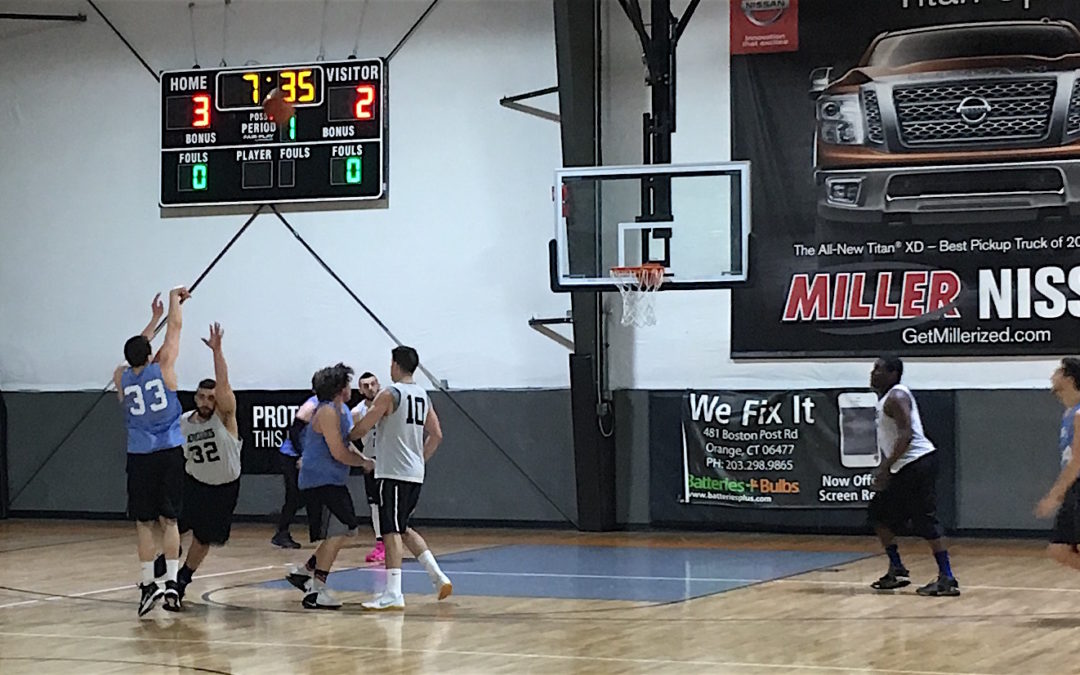 After finishing the regular season on a scorching hot four game winning streak, Lob 203 continued their momentum into the first round of the playoffs, crushing the Renegades 74-51.

“Hard work, determination, teamwork, and Paul [Mirmina] went right today,” Lob 203’s Andrew Sampietro said.  “We also got it done on the defensive end, 51 points given up is going to win a lot of games in this league.”

A barrage of threes was also in the works for Lob 203 as they drained 11 shots from beyond the arc, including eight from Mirmina.

However, despite Lob 203’s marvelous day on the offensive end, it may have been a different story if Winter ’17 All-Defensive Team selection Davin Sirpenski of the Renegades was able to suit up.

In addition to the stellar offensive performance, Lob 203 was spectacular on the defensive end.  They pressured the ball all night, taking advantage of the Renegades’ lack of a true point guard with 12 steals and forcing 14 turnovers.

While Ty Reed was able to get his usual 25 points, the rest of the Renegades team only squandered up 26 with only one other player scoring in double figures.

“Defense definitely [was more important], our offense is skeptical sometimes, but if our defense is at its best we are going to have a shot to win every game,” Sampietro said.

However, despite the win Lob 203 is still looking to improve heading into their rematch against #1 seeded Cereal Killers in the quarterfinals.

“We need to get out into transition more and get easy buckets. We need our transition game going and to tire teams out in the fourth quarter,” Sampietro said.