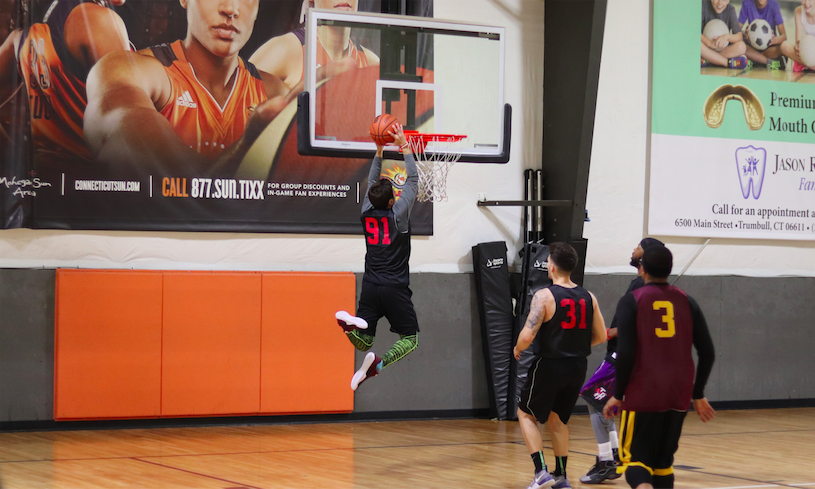 Goon Squad (2-4) looked like previous Goon Squad teams of the past Legacy Leagues seasons with a dominating and statement-making 86-32 win over Semi Pro (0-6) Monday night. From the opening tip off, it was Goon Squad’s game on both sides of the floor.

Shooting 49 percent from the floor as a team, Goon Squad put away their opposition quickly and early, but it was really their defense that was stellar and lockdown, allowing only 32 points. They forced 11 turnovers with a press that was put on right from the first quarter.

Semi Pro can’t seem to find the right strategy to stay close in games, let alone get a victory. Not a single player on the team scored at least 10 points. Two were tied with eight points: Kyle Murphy and Jesse Doucette. Shooting 23 percent from the field and only nine percent from 3-point range, the baskets need to find the hoop in order for Semi Pro to get their first victory.