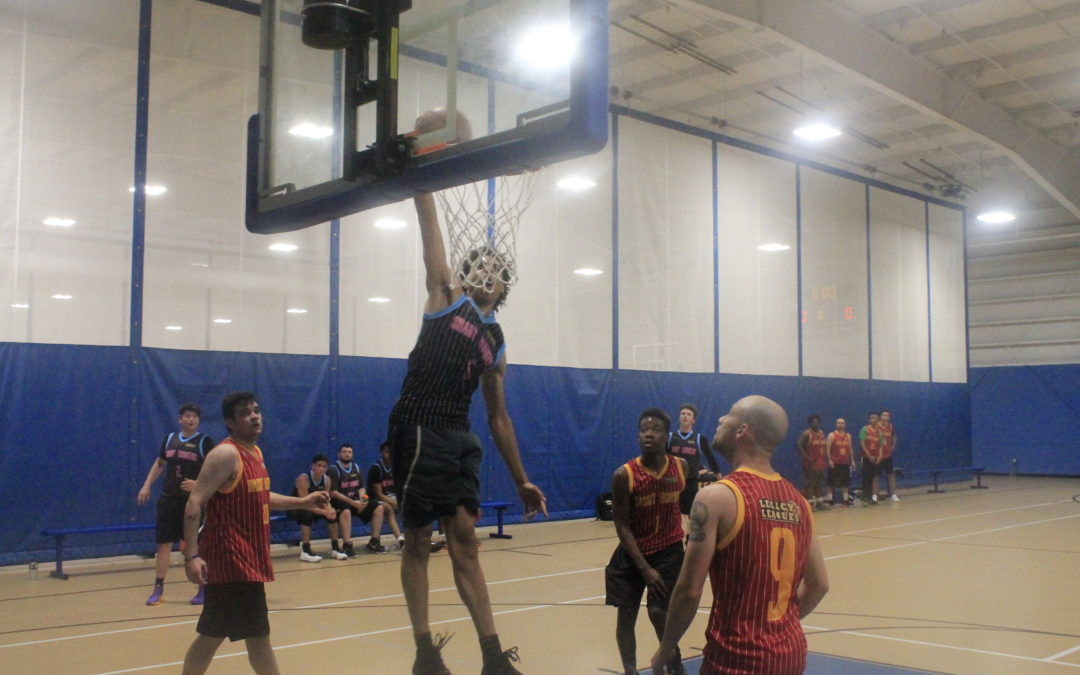 It was great to see this young Shady Dunkers squad pick up their first Legacy Leagues win playing a style of basketball that was fun to watch. A team that likes to shoot the three-pointer and often scores in spurts, finally found their flow. Despite 17 turnovers and only five people scoring for them, the offensive power of Marte along with 21 points from Aaron Gray was enough to blaze through the Basket Hounds.

What escalated the Shady Dunkers game was their ball movement. Their team totaled 19 assists which goes to show that they played smart basketball and made the game easy for themselves.

“The team did good, a couple bad plays here and there, but we took smart shots,” Marte said. “We had good numbers in assists and everybody touched the ball.”

Ball-movement, something that Shady Dunkers hadn’t really excelled with in past weeks was their source of firepower. It was great to see this team excel and not play catch up relying on firing up the long ball.

For the Basket Hounds, they’ve seen consistency from Mike Bartholomew from beyond the arc and Orane Smith as the ball handler who can get to the rim. Yet, to win games you need a team of players that work together to get buckets as well as defensive stops.

It was a simple remedy to find the win for the Shady Dunkers; play as a team, move the ball to the open man and just work to get open shots.

“It feels good, we have to get the team rolling,” Marte said.