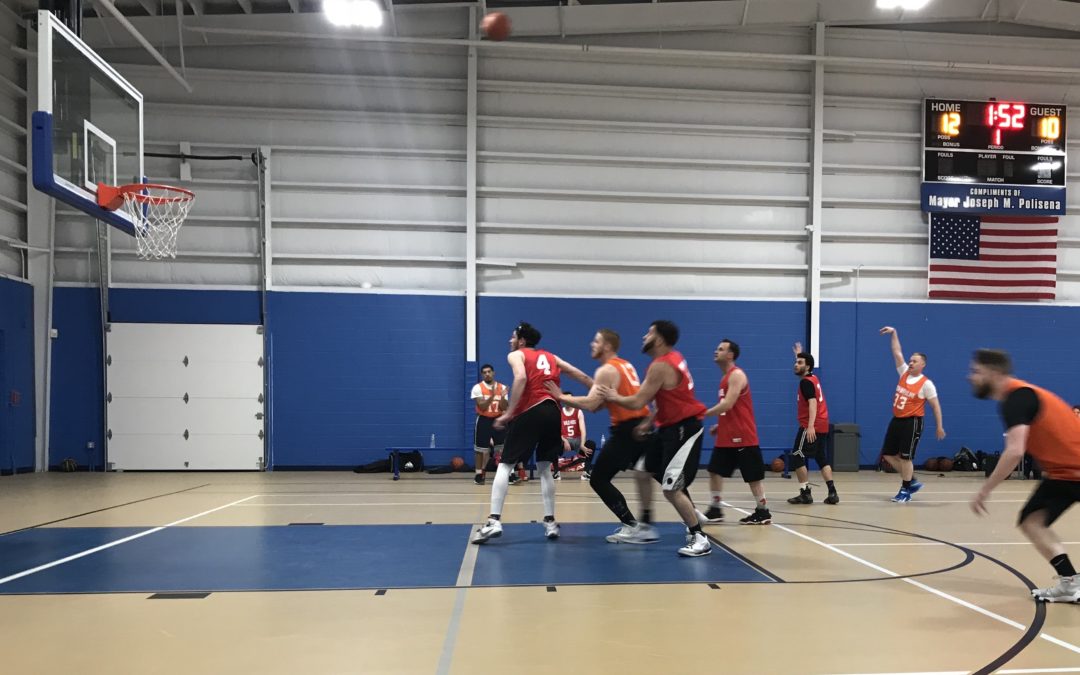 Second-seeded Boom-Shakalaka drew a tough seven-seed Wild Hogs team who was missing key player Mike Bandieri. It was a tight game throughout, but come the fourth quarter, Boom-Shakalaka pulled away winning 74-53.

The Wild Hogs could never find a rhythm. Boom-Shakalaka controlled the glass and the defensive side of the ball snagging a total of 36 rebounds and 11 steals reflecting their dominance tonight.

The Wild Hogs put up more of a fight then some may have anticipated even without one of their leading scorers in  Bandieri. Boom-Shakalaka will look to prepare for their Semifinal match up against the six-seeded Halfway Crooks, who are coming off a huge upset against Prestige Worldwide.

Lucas Martin led the way for Boom-Shakalaka, finishing with 24 points and five rebounds, hitting seven three pointers. Martin scored nearly all of his points in the final ten minutes when the game was still in question. Brandon Sweeney and Nate Stichell also played well combining for 27 points and nine rebounds in the paint to assist Lucas Martin with the hot hand.

“In the fourth quarter the plan was to just get me the ball, get out on fast breaks and finish,” Martin said.

It was a completely bad night for the Wild Hogs as Joey Coro finished with 15 points and five rebounds while teammate Marc Betancourt ended the game with 13 points and a total of eight rebounds.

Boom-Shakalaka now has to prepare for a quick turnaround as they take on a familiar team in the Halfway Crooks, who they are 3-0 against all-time dating back to last season. These teams faced off in the Semifinals of the Fall 17 season, and are back to see if this season’s playoff meeting will have a different outcome.