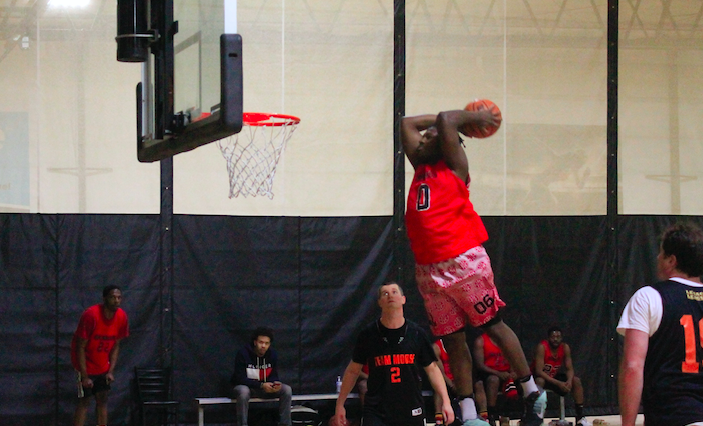 The Rim Breakers were playing around with Team Moose Monday night, physically and mentality in a 76-60 win.

Gerald Mcleas, who the Rim Breakers had missed, had an amazing game. He finished with 30 points, all of which came on his 10 3-pointers made. Not only did Mclease start the game hot, but he finished the game hot as well, hitting basket after basket. Mclease wasn’t the only breakout player for the Rim breakers; there was also a big surprise in Carl Fairfax, who finished the game with 15 points and eight rebounds.

The Rim Breakers were fantastic in the third and fourth quarters, but a big reason for that was because of Team Moose’s injury. Team Moose only had four players to start, and then they tossed Brad Seamon in the third due to injury. After that, Team Moose just couldn’t compete, but Dan Naddaff put on a show, giving his team 30 points. But it wasn’t good enough to stop the Rim Breakers.

This just shows that the Rim Breakers aren’t only here to just talk, but they’re here to show the league that this year is their year.