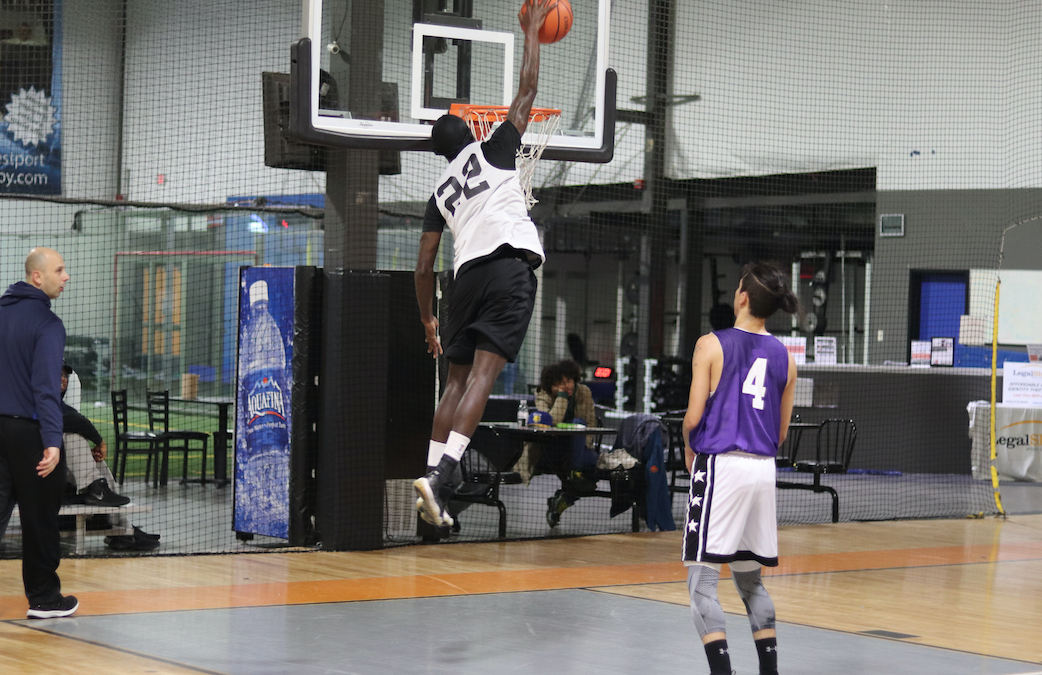 After a tough loss last week against the Blue Devils, the Temptations bounced back with a win over The Throne in Week 7, 83-53. The 30-point win is the Temptations’ fourth win of the season.

For what has been an inconsistent season for the Temptations, they looked like a complete team once again. The Temptations have yet to win back-to-back games this season.

The Throne struggled, as a significant part of the team was not present for the game. Erik Silva and both Jean-Baptiste brothers, Stenson and Jacobson, were notible players that missed tonight’s match-up.

“More then anything it was execution,” the Temptations’ Melquan Horton said. “Whenever we don’t dominate the glass, we lose the game. All three games we’ve lost this year (our opponent has) out-rebounded us.”

The Thone were never able to get it going offensively, something they are not used to. They were held to 53 points, the second-lowest total of the season. Jason Hernandez led all-scorers with 22 points, while JR Wright added 11 points. Kevin Rivera made his first apperance of the season, putting up six points and one steal.

The first 10 minutes contained sloppy basketball from both teams. The Temptations had a mere 10-4 lead with 4:30 left to go in the quarter. They would lead 17-14 by the end of the first. Things picked up in the second quarter, as The Throne would have their first and only lead of the game, 19-18, in that quarter.

Horton had his fourth double-double of the season, putting up 17 points and 18 rebounds. He is now averaging 21.6ppg, 12.4rpg, and 2.0bpg. He is the teams leading scorer, with 151 points so far on the season. After tonight’s win he has now scored more points in the first seven games this season than he did in 10 games during his Summer 17 campaign.

During the second half, things finally picked up for the Temptations offense as they out-scored The Throne 45-25 after the intermission. Carmine Santorelli and Jaylon Eggleston combined for 30 points. Nick Santorelli and Troy Brunson both had seven rebounds and five assists each.

The Throne will look to get another win as they play the Rim Breakers next week. The Temptations will play Goon Squad as they try to get their first back-to-back win of the season.

“We haven’t been able to close out on some of the tougher teams in the league, so we’re looking to show that we can finish a game out,” Horton said.