Mercado stays true to his word, explodes for 50 in rout of Duje’s Boys 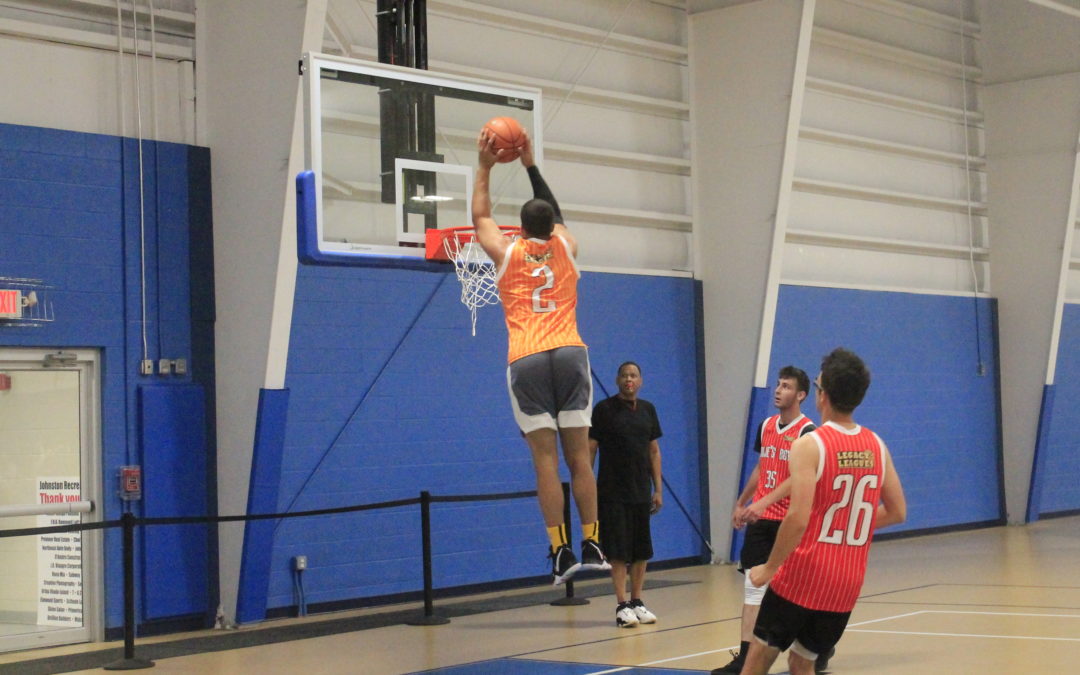 In what was expected to be one of the closely contested games of the night, Boom-Shakalaka bested Duje’s Boys, 89-67. Not often in a team sport can you say something was a one man show, but Jose Mercado’s performance Tuesday was nearly that.

The early Rookie of the Year and Most Valuable Player candidate one bettered his Player of the Week performance from last week (36 points on 94 percent shooting and 15 rebounds), by scoring 50 points and snatching 12 boards.

You didn’t misread that, he scored 50 points.

It was an absolutely amazing performance, but it didn’t catch Jose Mercado by surprise. After some first half competitive jabbing back and forth with the Duje’s Boys, Mercado let them know his intentions.

He followed through on that promise.

When I talked to Jose Mercado after the game he told me the trash talking on the court, “that just feeds my motivation.” Duje’s Boy big man Shaine Patrick crashed the interview to give Mercado his props after they battled all game.

“I was wrong, he got the 50, he got that, he earned that,” Patrick said in what was a nice show of respect from two competitive players.

Jose Mercado wasn’t the only one to play well on Boom-Shakalaka Tuesday night. Marc Belleville scored 15, Justin Favreau added 11, and Matt Camara finished with eight. Boom-Shakalaka did all of that without their former three-time All-Star point guard Lucas Martin.

The Duje’s Boys struggled all night to contain Jose Mercado, and to match him on the scoreboard. The Duje’s Boys had a big three, and after that no-one else contributed much. Zach Tartaglia scored 23, John Coutu poured in 19, and Nick Harrington notched 18 as well. To the Duje’s Boys defense they were missing their up and coming star player, Vincent Volpe, but the lack of production from bench players is what really did them in against the high-flying Boom-Shakalaka offensive barrage.

Boom-Shakalaka is looking like a very dangerous team, and after two games they lead the league in points scored (175). They have a team of very good players surrounding what looks to be the leagues best player in Jose Mercado, and are seeming to be very real championship contenders. The next team to try to find a way to contain Boom-Shakalaka’s offensive explosion is the Werewolves who are also 2-0.