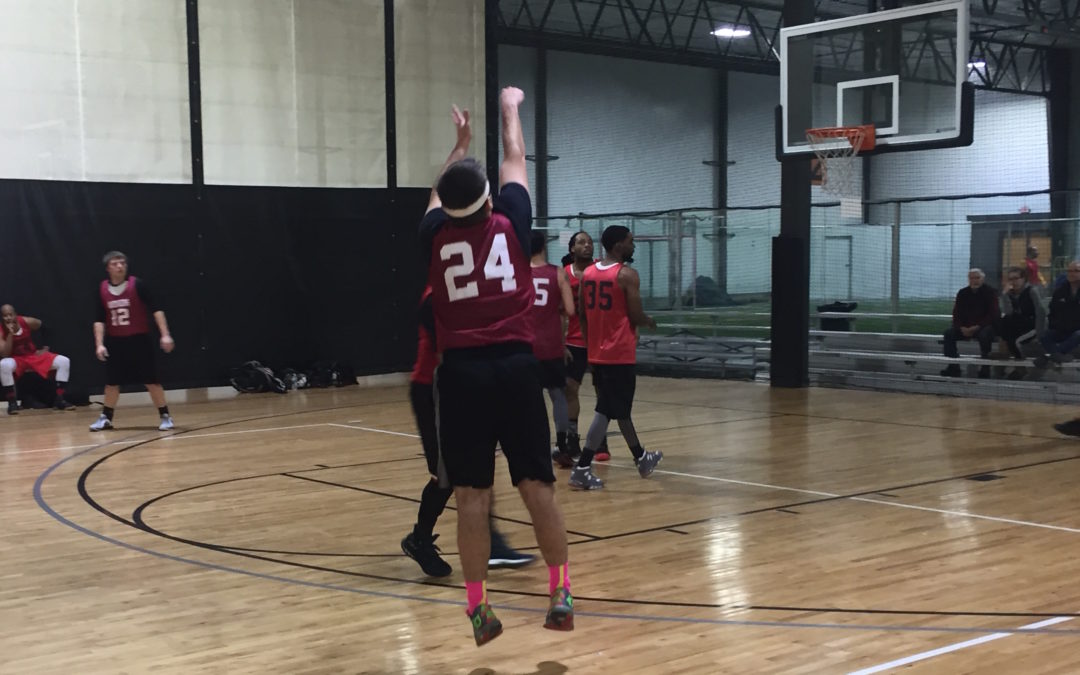 To say the Avengers held on Monday night against a heavily-favored Firm squad would be a massive understatement. In a game in which the underdogs lead by as many as 15 in the second half, they saw that lead nearly vanish in the final minutes with the Firm at the free throw line.

The Firm went 8-for-21 from the charity stripe in the game, missing clutch free throws in the final minutes to tie the game, as the Avengers escape with their second win on the season, 57-55. Every player that checked in for the Avengers got into the scoring column, in a game that saw 73 of the 112 total points come after the intermission.

“We stayed tough, stayed competitive, and pulled out the victory,” the Avengers Derrick Davis said. “We didn’t let nothing get to us.”

Davis was a big reason his team pulled off this upset, scoring a team-high 20 points on a very efficient 7-for-12 shooting. Davis also hit huge free throws down the stretch when his team was on the wrong end of an 18-5 Firm run to close the margin to a single point.

“They showed their athleticism,” Davis said. “They’re a long team. They show how quick and fast they could be, and how high they can jump. If you tried to throw the ball over somebody, it was steal.”

The Firm‘s athleticism seemed nonexistent through the first three quarters, as the Avengers were able to have their way both inside and outside. The Firm only lead twice in this game: 8-7 in the first quarter, and 12-11 in the second. From the last one-point Firm lead on, the Avengers would score 28 of the next 42 points, building a 40-25 lead late in the third quarter on Davis’ lone three-point make of the evening.

The lead would be as many as 14 early in the fourth, before the Firm started to flip the script. Their athleticism began to show through, highlighted by Markey DesRuisseaux deflections leading to monster slams for him and his teammates. DesRuisseaux lead his team with a game-high 24 points, five rebounds and three steals.

Despite The Firm’s inability to connect from downtown in this contest (1-13), Dashawn Hall was at the free throw line down two with a chance to tie. Hall would split those free throws in what turned out to be the Firm’s best opportunity to tie or take the lead for good.

When asked what the key to this big win was, Davis responded, “Free throws!” Both teams shot around 50 percent from the free throw line in this one, in a game where points were at a premium.

“We played like a team tonight,” Davis said. “That first three weeks we were trying to figure each other out. Today, I think we finally figured it out.”