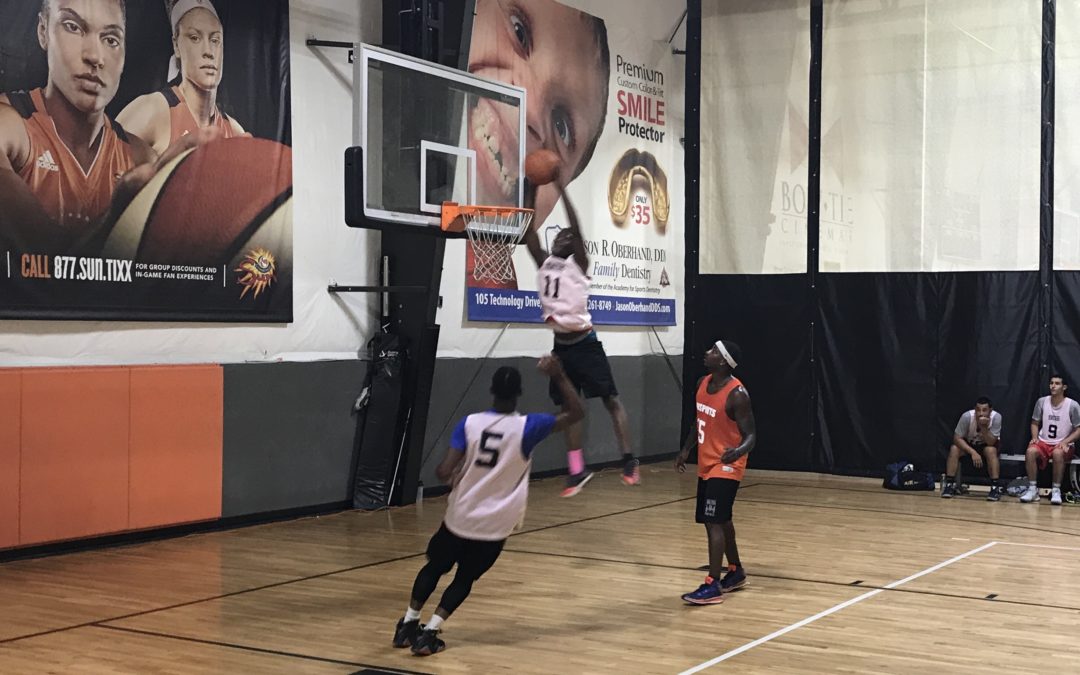 Prior to Week 7, the Monstars featured just one pair of brothers: Erick and Greg, one of which just set the the league record last week with 68 points scored. But after their 109-84 win Monday night against Sportslook, two pairs of brothers walked off the court victorious.

After missing the first six games of the season, the Winter 17 Finals MVP, Mike Cody, is officially back for the Monstars, rejoining his brother Brett, who was his teammate last summer as members of The Land. While the Langston’s led the scoring for the Monstars in their victory, each scoring over 20 points, the Cody’s don’t lack in previous accolades. Brett was on the Summer 16 All-Defensive and All-Second teams while Mike is a Legacy Leagues champion and was on the Fall 16 All-Second Team and an All-Star selection.

Even though the Monstars looked more daunting as Mike suited up for the first time this summer, the halftime score didn’t show that Sportslook was scared or surprised at all. They actually led at halftime. With just five players, Sportslook stayed strong through the first 20 minutes. Each player on their team scored in double-figures, led by Christian Allen’s 22 points on 8-of-11 shooting.

“We started off a little slow,” the Monstars’ James Davis said. “But once our offense picked up, we really started running on them.”

With nearly double the amount of players as their opponents, the Monstars flexed their deep bench of dangerous scoring threats. Behind the Langston brothers’ 20 points each, Kintwon Miles and Reggie Stewart added 20 and 19 points respectively. Even though the Cody brothers combined for just 12 points, Davis knows they are vital pieces to the team every single week, especially as the postseason approaches.

“Brett’s been consistent every single week and now that we have his brother back thats a big pick up, as well,” Davis said. “He’s been huge in these past [season’s] playoffs so having him at the end of the season is going to be key.”

The added depth to the still-undefeated Monstars (7-0) showed in the second half, where they outscored Sportslook (4-3) 65-39 and finished the game with 19 more assists.

The Monstars will prepare for a championship rematch next week against Redemption, while Sportslook will go up against a still-winless Fry Time team.