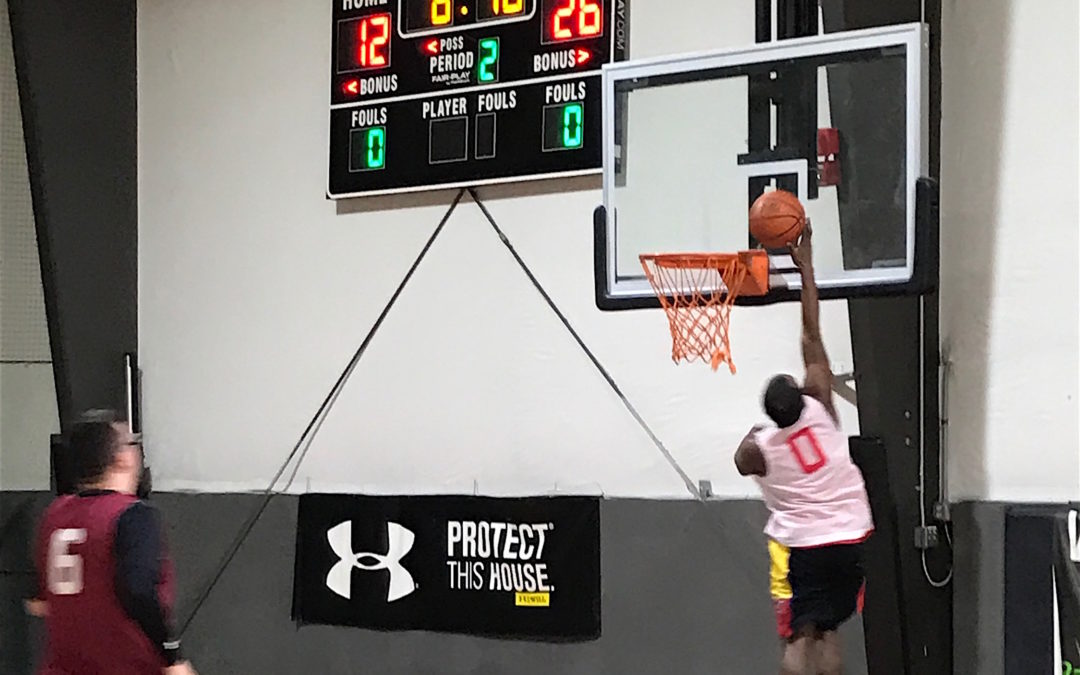 In quite possibly the most fast paced, up-and-down game of the night in The Legacy Leagues’ opening night, the Monstars defeated the Avengers, 90-66.

“What we tried to do was just work as a team and keep running, and running,” the Monstars’ Ty Alston said.  “We just enjoyed the run tonight.”

Brandon Seabrook and Alston led the way for the Monstars, with 18 and 16 points respectively.

The Monstars’ star player, Reggie Stewart was held in check, to 12 points, however, he impacted the game on other levels than putting the ball in the basket, with five assists, and four rebounds, before exiting the blowout early.

Seabrook, Alston, Stewart, and the entire Monstars team benefited from the up-tempo nature of the game leading to multiple plays above the rim in transition.

The Avengers’ lack of an inside presence reared its ugly head as dunks, layups, and transition buckets kept coming for the Monstars. Eventually those dunks turned into threes as the Avengers’ defense started to collapse as they attempted to make up for their lack of size inside. Mike Cody and Stewart both benefited from the adjustment, draining several second half threes each.

Despite a few bright spots, the Avengers did show off their offensive specialty, shooting the three ball.  They closed out the evening by attempting 25 threes and hitting 12. Zach Shapiro and Kevin Connors lived beyond the arc, drilling nine of the team’s 12 threes.

Despite dominating the game offensively, the Monstars played a solid game defensively, holding the Avengers to a respectable 66 points.

“Just boxing out and picking up the loose guards,” Alston said when asked how they could continue their solid defensive play.

Alston’s focus on rebounding paid off, as the Monstars dominated the glass, both offensively and defensively, winning the board battle, 33-21.

The Avengers will look to bounce back next week against White Magic at 10 pm, while the Monstars look to continue their momentum against The Firm at 10 pm.