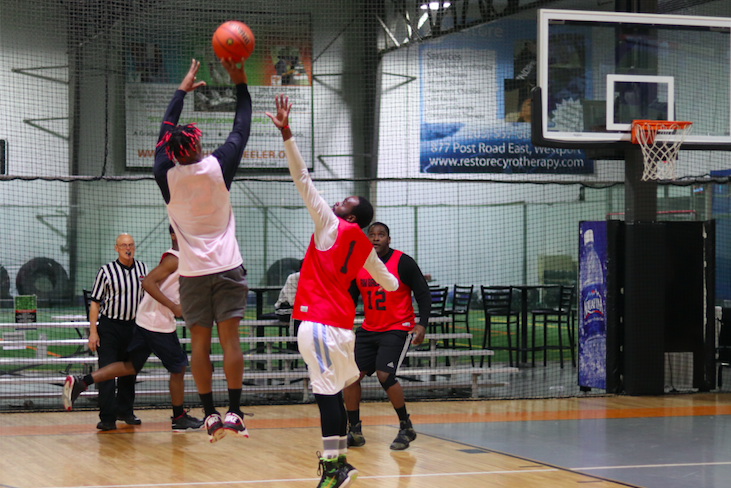 Despite being down eight points late in the game, the Monstars were able to rejuvenate their offense down the stretch, outscoring the Rim Breakers 26-14 in the fourth quarter.

The game was neck and neck for 40 minutes, but the Monstars were able to squeeze out the victory, winning 77-71 Monday night. Kintwon Miles and Reggie Stewart had “monstar” nights, as they both put up 20 points to lead their team. Miles added nine rebounds and Stewart grabbed six boards  to gain key possessions in a tight game.

The Rim Breakers were able to start off the second half on fire, outscoring the opposing team 27-17 in the third quarter. For the Rim Breakers, John Pittman and Richard Bronson combined for 33 points, but it still was not enough to beat the high-flying Monstars.

“We like to run, we’re different from last year,” Monstars’ Kintown Miles said. “Last year we had more size, but tonight we played big, we played hard.”

Despite having less big men to protect the paint, The Monstars continue to play there fast, up-tempo style of play.

“There’s a reason we’re defending champions,” Miles said. “We’re not going to back down to anybody.”

If the Monstars can continue their domination in transition, opposing teams are going to struggle containing and limiting the Monstars’ scoring production.

Next week, The Rim Breakers will look to bounce back against the Temptations, while the Monstars hope to continue their momentum versus Shooters Shoot.

“We’re looking for highlights, getting the ball and going,” Miles said. “Monstar basketball!”