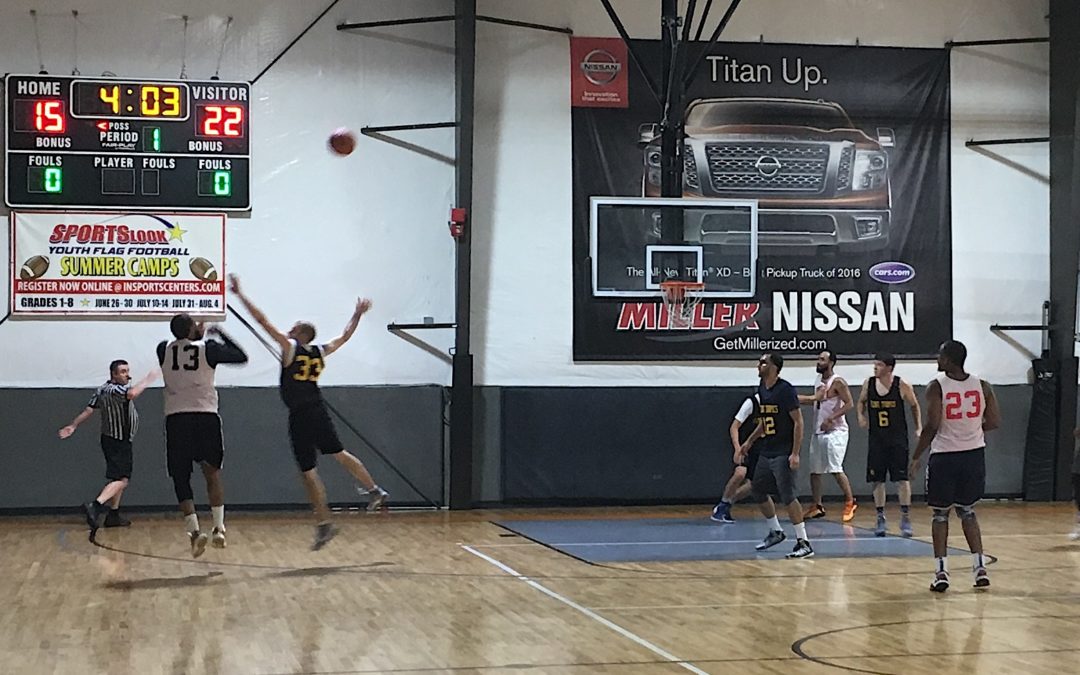 Beneath the loud shrieks of whistles was a thrilling game in which the Monstars held on to secure a 74-70 win, handing the Flint Tropics their second straight loss.

Things got testy on the floor as both teams provided their own fireworks on the eve of the Fourth of July, but it was the Monstars who held on after almost letting things slip away.

“We’ve got a lot of players that can keep their composure,” Ty Alston said of his team’s bend-don’t-break performance down the stretch.

The Monstars almost did break. A cozy nine-point lead in the final two minutes turned into a fragile one point edge as the Tropics turned up the pressure and forced consecutive key turnovers to put them right back in the game. However, Alston and the Monstars collected themselves and made the stops when it counted to secure their fifth win of the season. After a 3-0 start, the Tropics fall to 3-2.

Eric and Greg Langston were the catalysts for the Monstars, leading the team with 22 and 21 points, respectively. Greg’s performance was abbreviated after recording his second technical foul of the game and was forced to leave the contest. He wasn’t alone.

Four technical fouls were called during the game, mainly for arguments with the officials. Both teams found themselves at the free throw line frequently during the physical and contest that contained a total of 43 fouls combined.

On the Tropics’ side, another pair of brothers anchored their team’s offensive attack in the form of Mike and Joe Bozzuto, who finished with 24 and 16 points, respectively. Unfortunately, like their loss last week, no other player reached double figures and the comeback attempt fell painfully short after a clutch steal by former All-Defensive Team member Brett Cody sealed the deal for the Monstars.

With the win, the Monstars keep pace at the top of the standings and remain undefeated. Despite the impressive record, they believe they are still being low-balled.

“They can keep doubting us,” James Davis said after the game. “We’ll just keep winning games.”