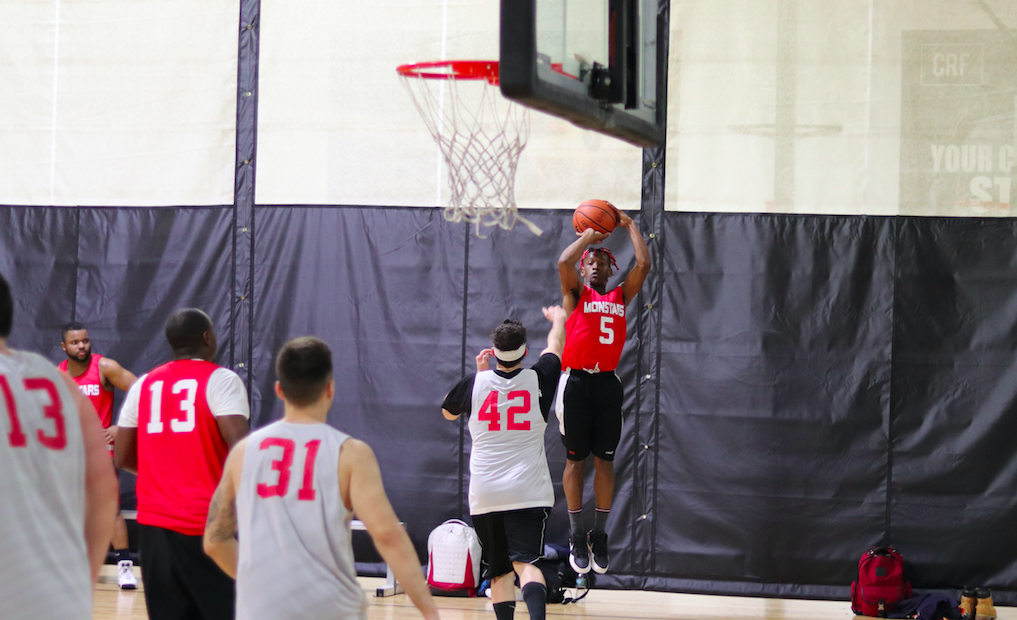 Entering the season with ultra-high expectations as back-to-back defending champions, perhaps an 0-1 start to the season was just the wake-up-call that the Monstars (2-1) needed. After Tuesday night’s performance, the Monstars are officially back on track, extending their winning streak to two games, defeating a vulnerable Goon Squad (1-2) team, 87-78.

Similar to last week’s game against The Throne, Reggie Stewart and Kintwon Miles were heavily relied upon to produce a bulk of the Monstars’ scoring. Stewart contributed 31 points, while Miles contributed 24 of his own.

“We lost week one, but we’re back,” Miles said. “We shook the rust off, and we’re going to win it again if you ask me.”

The Monstars were also without two of their key role players in CJ Wall and Nate Shields, forcing Miles and Stewart to account for an even larger portion of the offensive responsibilities. Despite taking a majority of the team’s shots (22 of 34), the dynamic duo still combined to shoot an efficient 57 percent from the field, setting the tone on the offensive end.

As for Goon Squad, they simply were outmatched in terms of player personnel, and lacked the ability to match the up-pace tempo that was being played by Monstars throughout all four quarters. Regardless, the teams top three players—Matt Marconi, Brandon Massaro and Dom Migliaro—all pulled their weight, combining to score 71 of the teams 78 points. Unfortunately, the lack of depth ultimately caught up to Goon Squad, a testament to significance in the loss they suffered when Scott Corchard went down with an ankle injury in Week 2.

Matt Marconi had a standout performance, despite the fact that it came in a losing effort. His 32 points on 50 percent shooting led all scorers in the contest, also adding an absurd 18 rebounds and five steals. A true Legacy Leagues veteran, Marconi continues to produce at a high level and remains as one of the premier All-Stars that the league has to offer. We’ll see if he can get his team back on track next week with a date against the Blue Devils (2-1).

The Monstars will look to continue riding their current wave of momentum into a Week 4 matchup with the undefeated Rim Breakers (3-0).

“We’re here to stay,” said an elated Miles in his postgame interview.