Monstars go back-to-back, defeat No Limit for the Summer 17 title 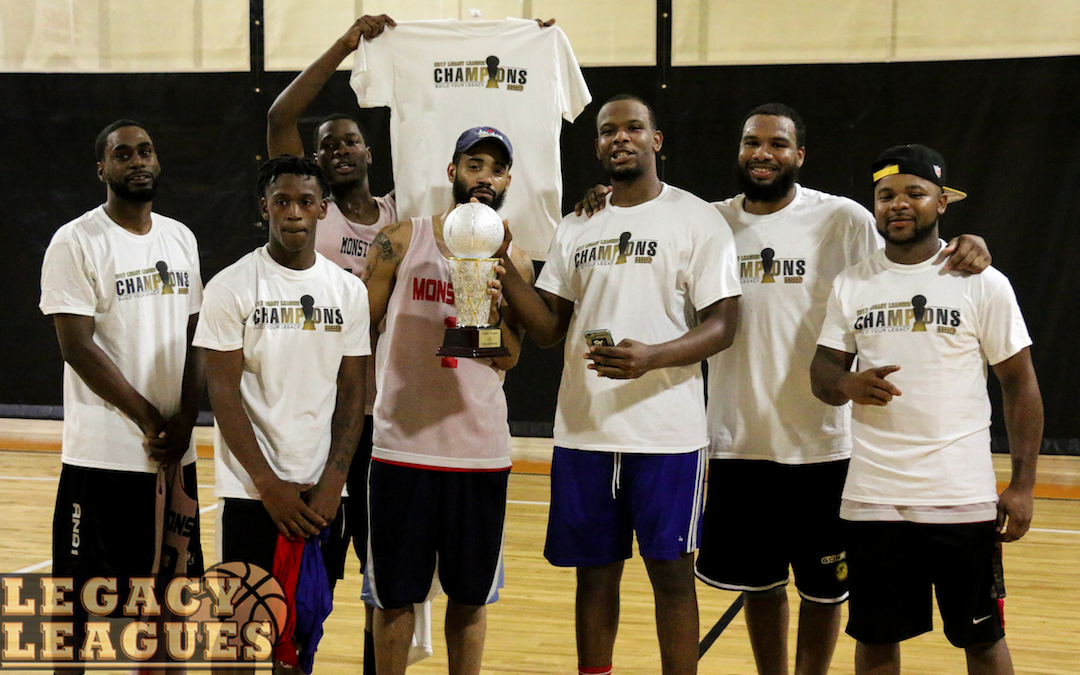 The Summer 17 season was one for the ages. Twenty teams took the floor every Monday to compete for the Legacy Leagues Championship. Many teams saw up and downs, but for the two teams in the finals who both went undefeated heading into the finals, they never saw any downs.

But one of these teams’ perfect season came to an end, as well as their championship dreams shattered. That team was No Limit, who didn’t have enough, losing 90-64 to the Monstars.

With all players locked in the game was set for tip-off, No Limit started off fast and ran as they had done for most of the season. Tarell Vargas handled most of the scoring load in the team’s first-half run. He finished the game with 14 points. Though Jalen Graham started slow for No Limit, he managed to will his way through the game and scored a team-leading 21 points and grabbed seven rebounds. Rashawn Hendricks did his best to make up for the lack of fire-power from Howie Miller before he fouled out.

For the Monstars, however, Reggie Stewart’s MVP performance led his team to their second championship in as many seasons. He finished with 29 points and 14 rebounds, earning him the Finals MVP award. His teammate, Greg Langston, though he picked up four, stayed disciplined enough to stay on the floor for most of the game, scoring 21 points with six rebounds without fouling out. The league’s unknown face, a boisterous rookie by the name of Kintwon Miles, scored 21 points of his own on an efficient 10-for-14 shooting.

The Monstars were most times men amongst boys when they took the floor. They were in the drivers seat for most of their matchups, led by a dominating staring unit. Stewart, a matchup nightmare, facilitated the offense and rookies Erick and Greg Langston controlled the paint. Greg was named to his first All-Star Game, and he put on a show to earn MVP honors. He served as the Monstars big playmaker and leader on the court.

No Limit played an up-tempo style of basketball that most teams could not keep up with. They used Graham to run the offense and blow past defenders to set up shooters Miller or Vargas for a kick-out three-pointer. Hendricks played a major factor for No Limit, embracing his role as the team’s defensive anchor, often times guarding the opponent’s best offensive player.

Going into the finals with a pair of undefeated teams, it was predetermined that one side would go home with just a sole loss on the season and without a championship. What not many people saw coming was a 26-point victory en route to the title. While the Monstars played well below 100 percent for most of their games, the league finally saw what they are at their best: back-to-back champions.