Monstars have a monster Day, beat Fry Time by 50 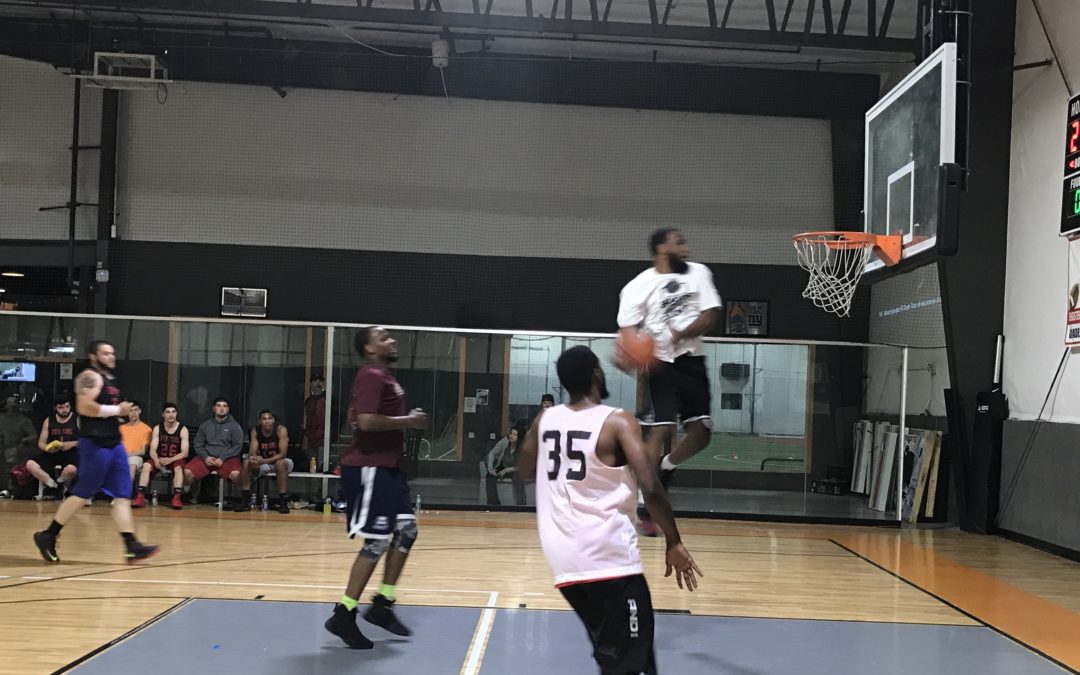 If there is one thing we know for certain through three weeks of Legacy Leagues action, it is that this league never has a shortage of highlights. That would be especially true Monday night during the Monstars 101-50 Win over Fry Time.

The Monstars started off slow only being up seven after the first quarter, but it was smooth sailing from there on out, outscoring their opponent 81-39 in the last three quarters. Reggie Stewart was unconscious from the field shooting 13-of-17 while adding nine rebounds. When a player of Stewart’s caliber gets going it is hard to stop and Fry time was not up to the task.

“They don’t have good ball handlers so we tried to pressure the ball and have a little fun…Highlight day baby,” Monstars’ Larry Little said.

And a highlight day it would be for Little and the Monstars as they converted over 57 percent of their attempts. Greg Langston would provide the punch down-low and on the highlight reel for the Monstars going for 24 points with seven assists.

“Really we’re just flowing right now getting the feel for our teammates, waiting for some real competition maybe next week, but the top two aren’t really the top two,” Little said.

Little and the Monstars are sending a loud message to the other top teams in the league after their big win on Monday night.

Fry Time had a great performance from one man army Richard Starkey. Starkey had 17 points and two rebounds but really kept Fry Time in it until the second half.

If Fry Time wants to get that elusive first win they will need the role players to step up and Starkey to continue to provide a spark for them. Fry Time needs a more consistent defensive effort as they were getting beat in transition and in the paint all night long.