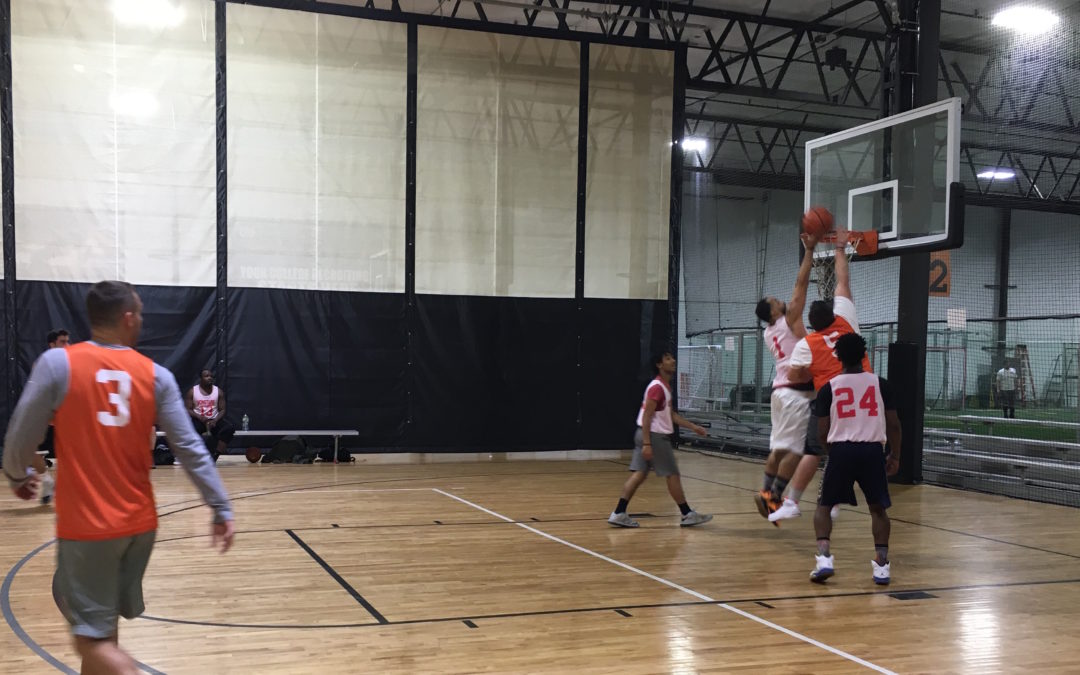 As the State Farm commercial goes, featuring an older man with a fishing rod: “Ooh, you almost had it, gotta be quicker than that,” perfectly describes Sportslook’s loss to the Monstars Tuesday night. Sportslook had a chance to win the game in the fourth quarter, but fouls played a role late in the 62-56 loss, keeping Sportslook winless.

Sportslook was down by six heading into the fourth quarter. In the final quarter, both teams scored 21 points, the most for either team in any quarter. It was a fast-paced, even sloppy game at times with tons of full court pressure.

Monstars took off in the first quarter, scoring 19 while only allowing Sportslook to score six. Sportslook was able to make it a real game in the following two quarters by outscoring the Monstars both periods. Leading scorers for Sportslook were Scott Benzing with 20 and Steve Niggebrugge with 18. Brandon Seabrook was the leading scorer for Monstars with 14 points, followed by Mike Cody with 12 points.

“They actually played better as a team in the second half,” the Monstars Ty Alston said. “It still wasn’t enough, they didn’t have enough scorers in my book.”

Monstars play a very fast-paced game, combined with tight defense that put pressure on Sportslook. Offensively, the Monstars are quick to get the ball in and sprint down the court, forcing the defense to quickly assemble and find their positions.

“They can’t keep up with us, we’re gonna hit ghost on them,” Alston said. “There ain’t no catching us, because [Sportslook] don’t run. We could score with half court offense, so I don’t know how they could slow us down honestly.”

Monstars picked up their third win tonight, continuing their undefeated streak. Sportslook lost their second game of the year and is still searching for their first win, unfamiliar territory for this seasoned team.