Monstars overcome ups and downs to pull off win 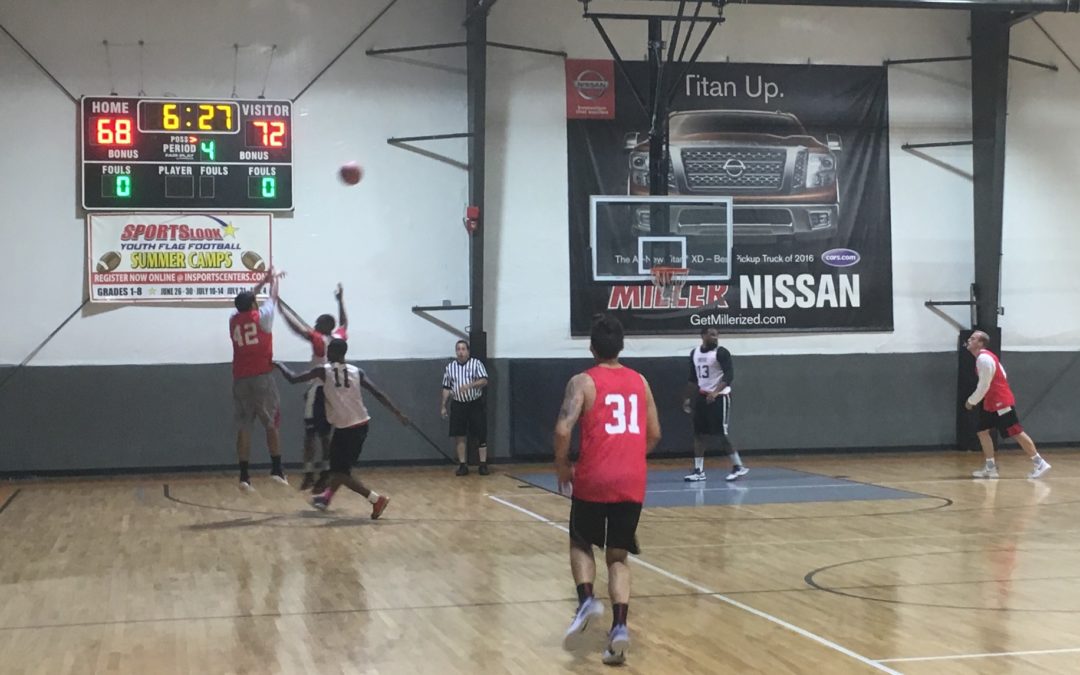 In a grind-it-out game, the Monstars got deep in their bench to pull out a 94-82 roller-coaster win over Redemption.

“We try to see how deep we can go into our bench every time we play,” the Monstars’ Ty Alston said after the win. “Our bench did what they needed to do, unlike other teams in the league who are just two or three deep we are a full eight deep.”

Alston scored 16 points and was the second leading scorer on the team behind Kintwon Miles. Miles who lead the team in scoring had a quiet 20 points with four rebounds.

The Monstars may have won the game but Redemption went down swinging. With six lead changes in the third quarter Redemption refused to fold. Erick Silva lead a perennial Redemption team in scoring with 29 points. Dom Migliaro also gave all he had scoring 21 points to add to his season total.

The difference in the game however was how composed the Monstars stayed through the constant lead changes and even going down two baskets early in the fourth. With the playoffs just a couple weeks away Redemption will look to turn it around in the last week of regular season as they take on a hot and undefeated No Limit team.

The defending champion Monstars and Alston, however, have a message for their next opponent (Sensual Chocolate) and the rest of the league going into playoffs.