Monstars slowed but not stopped by The Firm 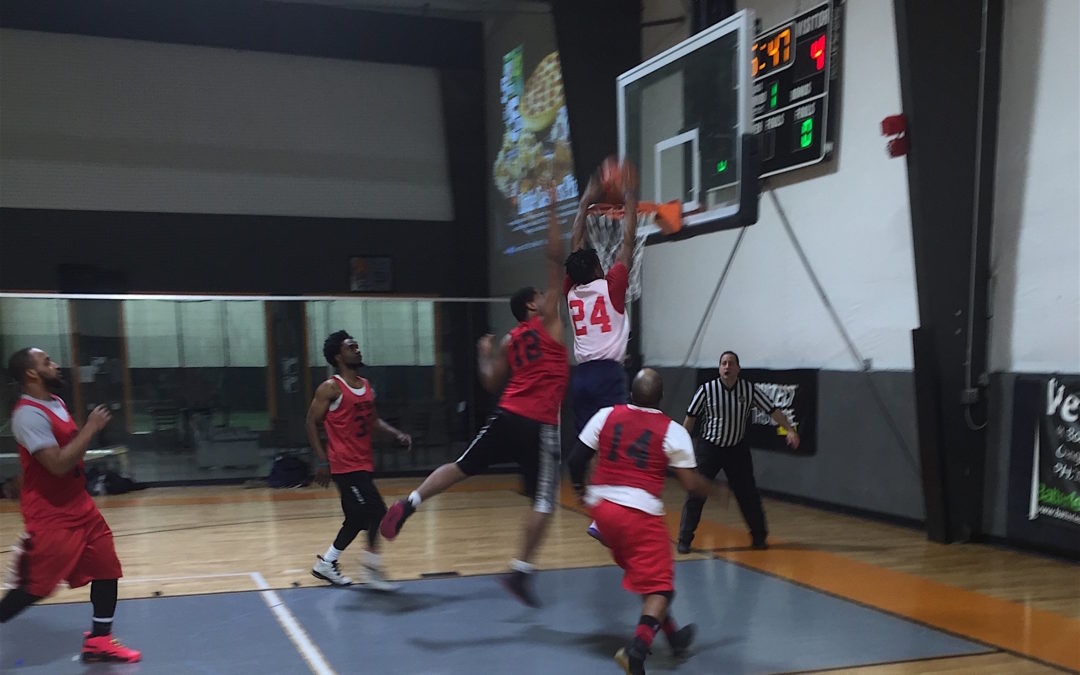 In a hotly contested and heated game from start to finish, the Monstars defeated The Firm, 55-47.

“We wanted it more,” the Monstars’ Donte Rodriguez said. “We were tougher on the glass, even though we were shorter in height, and a big thanks to Reggie and Ty they contributed big.”

After nearly hitting the century mark in points last week, the Monstars were held to 55 this week. Forced to play more of a half-court game, the Monstars showed off their versatility, setting up their offense and playing a complete game.

Reggie Stewart rebounded from his slow start to the season by leading the team in points with 15, on 60% shooting.  However, the Monstars are much deeper than just Stewart, as Brandon Seabrook and Jibril Chisholm contributed 13 and 10 points respectively, along with an array of highlight reel dunks.

After a few more dunks and a few more free throws, the Monstars sealed the game and pulled away late, winning by eight.

After the game, the Monstars seemed even more confident than usual in their post-game celebrations.

“I think that we can go undefeated this season,” Rodriguez said. “We have a good team and we have good chemistry.”