Monstars use depth to squeak past Team Moose’s defense 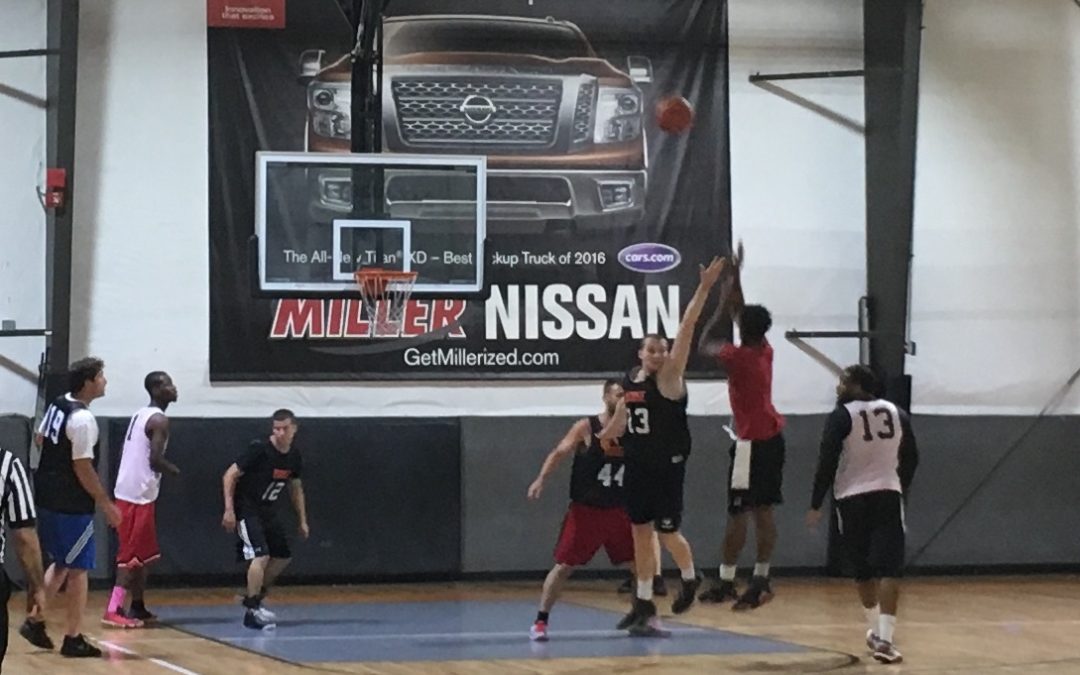 In a game that had arguably the best offense pitted against the best defense, The Monstars came out on top over Team Moose in a hard fought battle in the Summer 17 Semifinals, 67-62.

“Midseason we had to start paying attention to Team Moose,” the Monstars Larry Little said. “They’re a serious team.”

The Monstars realized quick how good this Team Moose squad was as they were in the battle the entire time. Greg Langston did his usual thing, dropping 30 points and was nearly unguardable. Team Moose threw everything they had at him and they had no answer.

Langston scored from behind the arc, in the paint, and mid-range; wherever he was he looked comfortable and made plays. Add Langston with Reggie Stewart, who runs an offense better than anyone else in the league, and the Monstars are one of the deepest teams with the most talent top to bottom.

Team Moose needs no introduction as a 7-2 team on the year with one of those losses coming from a forfeit. The defense of Team Moose was tested for the first time all year, and Greg Langston showed what an offensive threat he is.

Connor Daly was amazing as usual, adding 22 points and 10 rebounds. Kevin Blake was clutch, hitting a big three with 30 seconds left. The Duo of Kevin Blake and Daly kept Moose in this game the entire time and were huge factors in why this game was close.

“We knew they’d come back,” the Monstars Greg Langston said. “We had to keep our composure and keep on fighting. They’re one of the best teams in the league. We knew they’d fight.”

The whole game was a fight as both teams had 35 fouls combined, and the rebounds did not come any easier. Team Moose had only three players over 10 points, as the rest of the team combined for just two points. Team Moose could have used Trevor Chaves, as he has been a sparkplug all year for them. His size and scoring ability could have rivaled Greg Langston’s effectiveness.

“Tell Ronte he owes me, and he better bring his buck we going to Red Lobster,” Larry Little said after his team’s Semifinal win.

The two unbeaten teams through the regular season will finally get to face off in the Finals on Tuesday at 9pm with the Championship trophy up for grabs.