Monsters rally late against STP to move on to the Semifinals 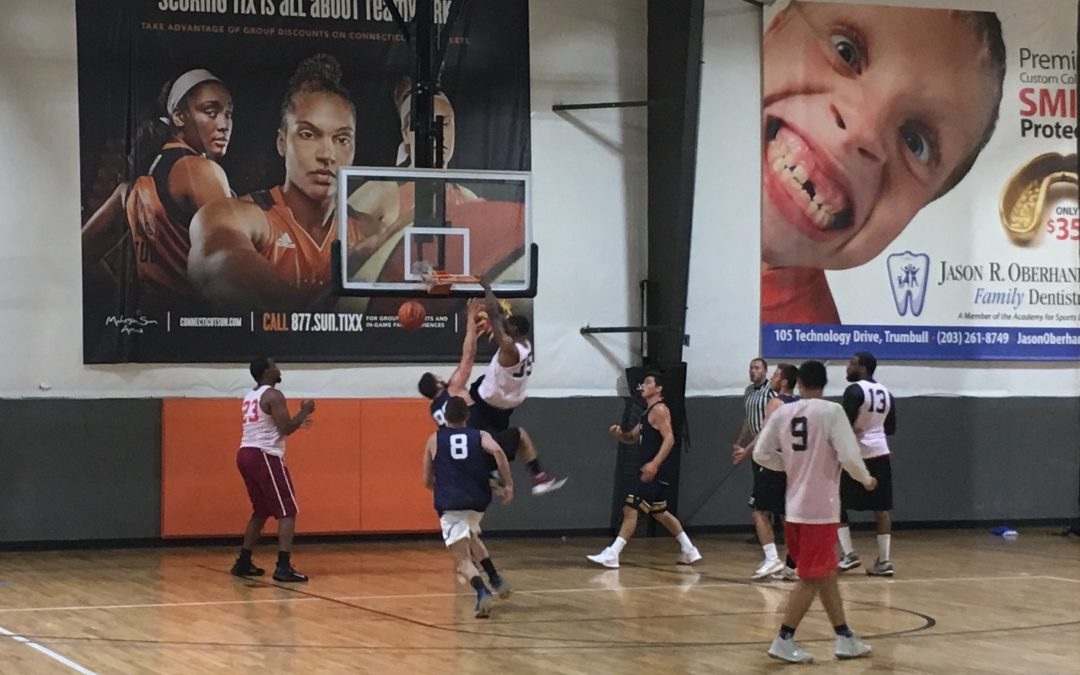 It was the Greg Langston show once again, which something we are accustomed to saying this season as his dominant performance led The Monstars past STP, 71-59.

The Monstars have been doing this all season and the trend does not stop in the playoffs. Reggie Stewart looked like a man on a mission to get to back-to-back finals adding 10 points and eight rebounds. Erick Langston and Kintwon Miles  did their usual supporting jobs adding a combined 23 points.

Greg Langston once again was the star of the show dropping 26 points and only missing five shots. When Langston is in the zone and motivated by trash talking he is almost unstoppable out there. The Monstars have not been fully tested this season but next round they will face arguably the best defense this league has ever seen in Team Moose.

The Monstars Jay Davis said,” All it takes in one or two stops to change a game, sometimes you gotta take the team outta their element.

STP struggled without All-Star Mike Slattery but Joe Salvatore and Mike Zazuri stepped up big time combining for 46 of their teams 59 points. Salvatore was lights out from three shooting 6-of-13rom behind the arc and Zazuri added five threes of his own. The story of the night was the lack of depth for STP as they constantly had tired players out there on the court. The Monstars have one of the deepest teams in the league and if you are going to beat them you need to play a perfect game and have the depth to match them.

STP played a phenomenal season and deserve all the credit in the world. As a first year team in this league, they boast an All-Star in Mike Slattery averaging 16 points per game and eight rebounds. They finished the year with a 6-3 record. STP as a rookie team came in and took the league by storm when everyone counted them out.

“Moose is a good solid team, should be a hard fought game,” Monstars Greg Langston said. “The best team will come out on top.”