Monsters sprint away from Run TMC in fourth, remain unbeaten 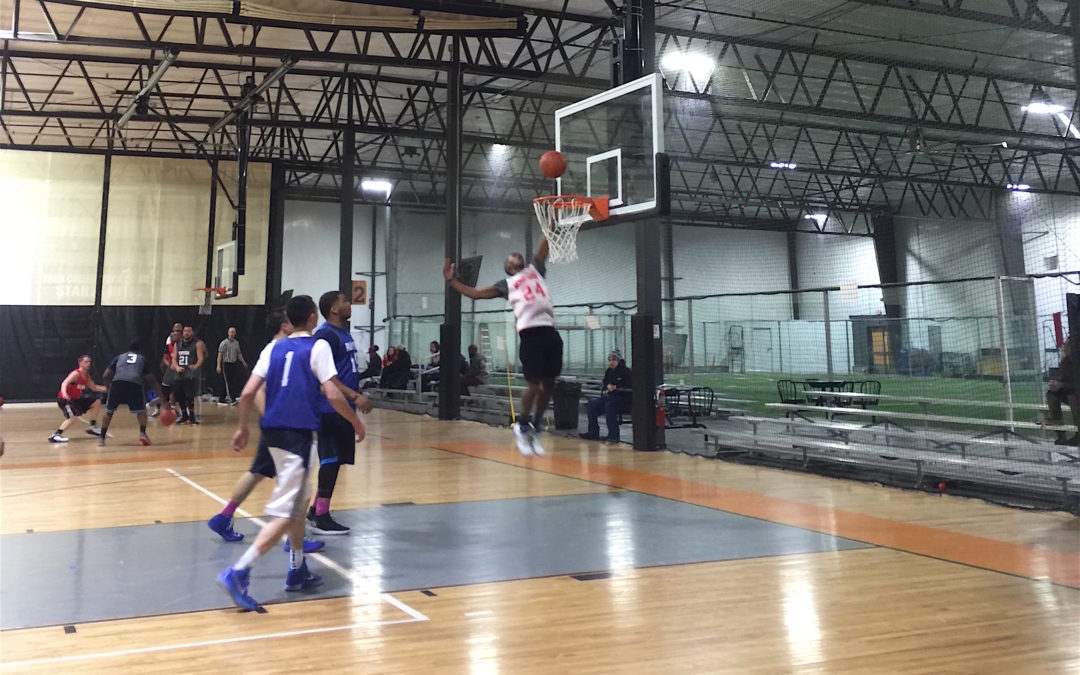 An improbable fourth quarter comeback spurred by Reggie Stewart and Corey Jacobs helped the Monstars keep their undefeated record alive in the 79-66 victory over Run TMC. Although Run TMC held the lead through three quarters, the Monsters were just too powerful as they outscored their opponent 30-15 in final quarter.

Stewart was the motor behind the athletic Monstar offense, which scored 48 of their 79 points in the second half.

“It feels great,” Stewart said. “We just got out, ran the break, played our defense, and we grinded it out.”

Run TMC started off the game on a 15-3 run, but failed to hold onto the double-digit lead as Jacobs would help narrow the lead down to four at the half.

Run TMC could simply not hit their shots, as they went 2-for-27 from beyond the arc. Despite a poor shooting performance, the team as a whole had an all-around solid game in their first loss on the season. Will Hudson had a team-high 23 points, followed by Matt Zocco, who finished the contest with 13 points.

“I played with them last year and I know they like to push it after we make shots, so I just hung back after a missed rebound or a made shot and stopped their fast break,” Stewart said.

Moving forward, Run TMC will face the only winless team in the league, White Magic, next Tuesday at 10 p.m.

The Monstars square off against a No Limit team in week 5 who has also not yet lost a game.

“We lost by one point last year, so we got a little firepower,” Stewart said. “It’ll be a good one, stay tuned.”