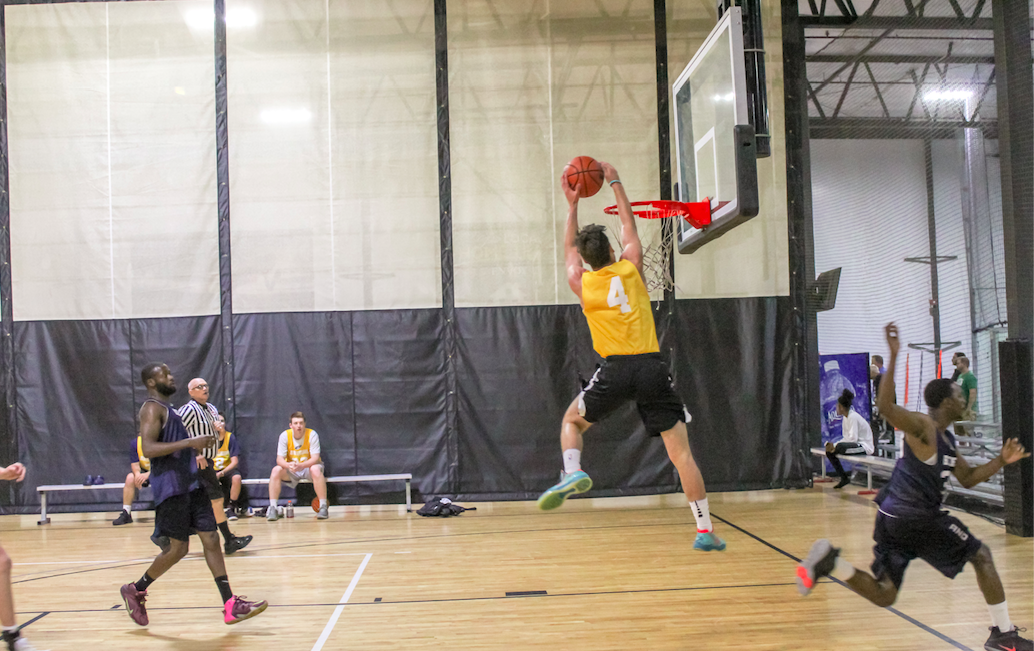 Joe Nemchek led the way again for J’s Trey’s and Fadeaway’s as they used a strong second half to defeat the Blue Devils 57-52. This was a must needed win Monday night for J’s Trey’s and Fadeaway’s. Nemchek made sure of it and has led the way for them on a weekly basis and did so again tonight with 27 points and led the charge back after a slow start to the ball game.

“Not a lot of ball movement too much 1 on 1, so it’s hard to score like that,” Keckler said.

J’s Trey’s and Fadeaway’s were down eight after the first quarter and by two at the half then picked it up defensively in the second half leading to them pulling away for the victory. The Blue Devils did a poor job containing Nemchek has he had his way most of the night. All season long the Blue Devils have failed to close out games down the stretch resulting in their disappointing season. J’s Trey’s and Fadeaway’s outscored them by eight in the second half en route to victory.

“Making adjustments, making sure our hands were up and getting back on defense,” Parravano said.

Eddie Giovannini also added 13 points and eight rebounds and has been the teams other best option all season long. Nemchek closes the regular season third in scoring averaging 24.1 points per game. The Blue Devils were led by Zaccari Graham who added 17 points. J’s Trey’s and Fadeaway’s will face Nothing Easy in a good round one matchup and will look to come up with an upset. The Blue Devils will play The Throne in round 1.

“Play like we did today, and hopefully we get a good matchup,” Parravano said.